Fake Elections – Part of the Cycle 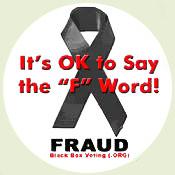 COMMENT: Marty, You wrote can we trust elections anymore. Same happened last year during the national elections in Germany where the eurosceptical party AFD did not make the 5% hurdle – despite all immediate forecasts gave them much more. All statisticians I know told me such a drop seem to be almost impossible from a statistical point of view. Who knows who was counting behind the curtain – on the internet there are since time suspicions about both German leaders once spying for the Stasi, chancellor Merkel as well as President Gauck, both from East Germany..

REPLY: When governments decline economically as they are doing right now, in any elected process the people are ignored or marginalized.  We cannot expect honest elections from here on out anywhere. Look at Thailand. Merkel has refused to allow the German people to vote on any issue regarding the EU. This seems to contradict the claimed low turnout for the euroskeptic in Germany compared to both France and UK. I agree, the trend does not match the elections results in Germany.

As far as the Stasi, what I do know is that once people could get their files, they were shocked how people they believed were friends were not. If any politician did work for the Stasi, you can bet those records have been destroyed.