Everything has A history 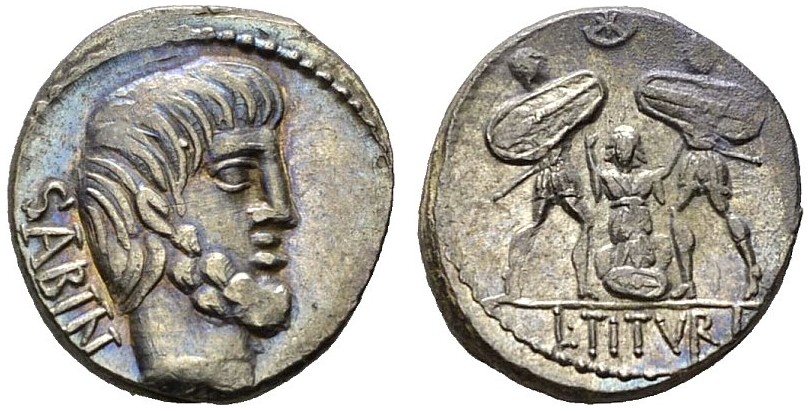 This is a Roman Republican silver denarius of L. Titurius Sabinus circa 89BC depicting the rape of the Sabine girls. The Romans opened their doors to their neighbors for a festival. The Sabines came and the Romans kept their unmarried girls. This became known as the Rape of the Sabines. Of course it was not actually a violent rape fest, they took the girls for wives since there was a shortage of women. This episode in the legendary history of Rome, is traditionally dated to 750 BC. Effectively, the first generation of Roman men acquired wives for themselves from the neighboring Sabine families by abduction.

The English word “rape” is a conventional translation of the Latin “raptio”, which in this context means “abduction” rather than its prevalent modern meaning in English language of sexual violation. In Italian, “rapido” is used to today meaning to hurry-up, quick, rapid, fast, swift, speedy, express. The Italian word “veloce” means fast, quick, raid, speedy, swift, nimble. It is easy to see how “rape” has evolved in English to mean sex by force.

However, a curious tradition has emerged. Here is a painting depicting what took place latter. The Sabines moved for revenge and it was the intervention of the Sabine girls that prevented the battle. This painting depicts Romulus’s wife Hersilia — the daughter of Titus Tatius, leader of the Sabines — rushing between her husband and her father and placing her babies between them. A vigorous Romulus prepares to strike a half-retreating Tatius with his spear, but hesitates. Other soldiers are already sheathing their swords.

So what tradition comes from this event? This is why a groom must carry his bride across the threshold as the Romans did with the Sabine girls. Interesting tradition.

« The Discovery of the Waterfall Event
Greek Elections – Conservatives Out. »