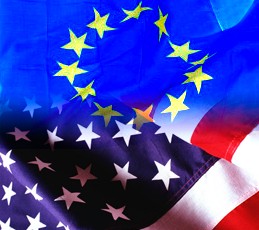 The only lesson politicians learned from the Great Depression was the benefits of free trade. Following President Obama’s State of the Union, the United States and the European Union announced their intentions to begin negotiations on the US-EU trade agreement. Yet at the same time, they are tracking every penny moving out of the country and have been putting in laws destined to penalize international trade preventing Americans from even opening accounts in Europe.

Once Congress and all 27 European countries of the EU were put on notice that the real negotiations will begin as early as June if everything goes according to plan. Both sides hope to reach an agreement by the end of 2014. Since trade treaties are usually negotiated over many years, this is a very optimistic timeline since the economy is in crisis mode.

The Europeans are seeking restrictions on products such as you cannot sell “champagne” unless that is where it comes from.champagne. The object is actually to reduce trade against European products. Nonetheless, leaders on both sides of the Atlantic agree such a treaty would “benefit” everybody as it would give a strong boost to their respective bleak economies. This is purely an attempt to jump-start the economy without serious structural reform that allows them to still raise even more taxes.

« Can we Really Eliminate Taxes?
Jefferson – Marxism is Unconstitutional »