European Politicians Are Realizing – Blackmail is the Game 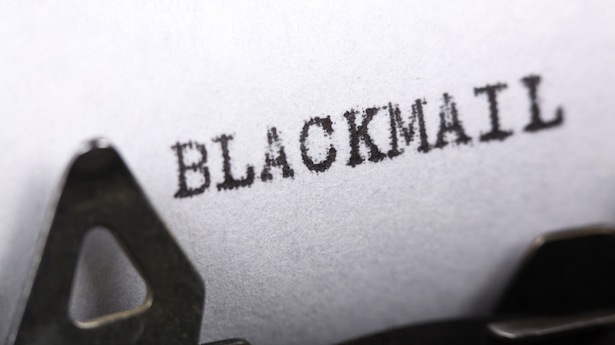 A revelation is dawning that the excuse of the NSA looking for terrorists but taking absolutely everything, is at last causing a light to go off. European politicians realize that they are targets and the name of the game is to blackmail anyone that the NSA simply does not like.

They realize that the New York Attorney General Eliot Spitzer was targeted when he tried to go after the Wall Street Investment Bankers everyone today calls the UNTOUCHABLES. After he got rid of Hank Greenberg at AIG for Wall Street not realizing he was doing them a service, when he turned on them that was his serious mistake. They suddenly discovered checks to a hooker and his hotel in Washington was bugged when he met with her. Since then, no one has dared to investigate Wall Street.

Then there was Dominique Strauss-Kahn who again became a target when he was the IMF chief and began to comment critically on the role of the world financial system. I was personally invited to Washington where Edmond Safra of Republic National Bank paid for the IMF dinner that rented the entire National Gallery. I was invited to demonstrate to me how the NY Investment bankers had the IMF in their pocket. That is how the whole Long-Term Capital Management crisis developed because they bribed the IMF to keep the loans going to Russia so they could by their bonds paying outrageous amounts of money. Strauss-Kahn was sent a maid to create a sex to shut him up when he saw the corruption in the IMF.

These and other REALIZATIONS (see Goldman Sachs v Armstrong) behind the curtain are poking at the politicians that these sort of DATA is being used for blackmail. Europeans are now even talking about going the the International Court as the NSA spy scandal is hitting new levels behind the curtain. The NSA scandal was forced in the open by Snowden. However, it was well known that this was going on behind the curtain as we reported on December 30th, 2012.

This is not about terrorists. This is about monitoring society and blackmailing politicians to do as the un-elected bureaucracy demands. Our computer models even in politics have correctly forecast the outcome of every election. The German pressed reported our forecast in 1996 that Clinton would win. This is NEVER personal opinion – just the trend.

Back in November 2012, we published that blackmail was taking place politically. On the Hill, I personally made inquiries as to the shadow common force that seemed to be moving the legislation. There was no individual responsible for all the Draconian legislation appearing. However, connecting the dots, each piece was shaping up to be a common agenda. When I asked that question on the Hill behind closed doors, I was told that the politicians all had a common issue – they could be blackmailed. I wrote at that time:

“Thanks to Lindsey Graham you have no right to a lawyer or to a trial. Why did he champion that? The rumor was he is an alleged closet homosexual and he would be exposed if he did not eliminate the right to lawyers and a public trial. What was done to Raleigh can be done to anyone now.
http://www.youtube.com/watch?v=9ni-nPc6gT4
Then there is Charles B. Rangel who gets caught not remembering to pay his taxes and strangely then introduces tax bills to prosecute more people for doing what he did. Curious coincidence?“

I do not write this stuff out of any political animosity. I write ONLY based upon facts. My sources are EXCELLENT and always have been. I do not SPECULATE. I will only put something to writing after investigating. What I personally think is irrelevant. I will never put that to writing without verification. Those who know me well, above all else, know this point is absolutely true.

Behind the Curtain politicians are targets NOT TERRORISTS and the agenda is to blackmail them to direct the political changes the UNELECTED bureaucracy demands. This is the real object of collecting absolutely everything. People on Capitol Hill have told me personally they suspected their emails were being sucked up and that has been for the last 2 years. European politicians are now starting to wake up that they too are targets and that blackmail is the game.

« Interest Rates Starting to Soar Even in Europe
What If Everyone Used The Model? »