The European Banking Crisis is beyond description. A leak has come out that the Commission will simply seize money from all the banks on a flat rate basis benefiting the banks that have lost money from trading at the expense of the small savings banks. Wolfgang Schäuble (born 1942) is Germany’s Federal Minister of Finance. He is a German career politician of the Christian Democratic Union (CDU) party. Schäuble has come out disagreeing with the EU Commission saying that the seizure should be proportional to any individual bank’s risk. He wisely realizes that a one-size-fits-all in banking could set off a massive liquidation crisis. The local banks that were not involved in trading will have to pay for the big ones. That way, the EU Commission gets everyone’s accounts.

The entire European banking crisis is not to be blamed on Wall Street alone. The blame primarily rests upon brain-dead structure of the euro. To be politically correct, banks needed some portion of everyone’s debt as reserves. But the quality of the member bonds varied greatly as state debt does in the USA. 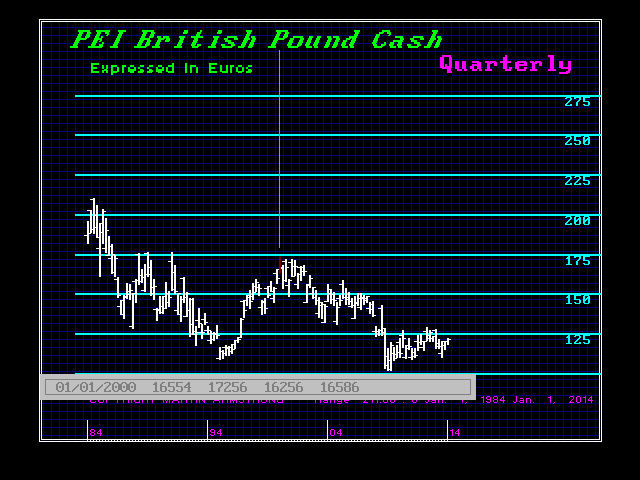 Another problem was the euphoria about the euro birth back in 1998. I was called in by Mercedes who had sold the British pound short because the headlines portrayed Britain would collapse because it was not part of the new euro that was going to conquer the world and displace the dollar. Mercedes was down $1 billion on that short position in the pound they took in anticipation of the euro. We used our model to get them out and reversed the loss. They then set up a meeting with the board of Daimler Benz who also sold the pound short in anticipation that the euro would become the new king. Mercedes got out of the hedge but Daimler did not. On the last day of that fiscal year, the world was stunned by the sudden announcement that Daimler and Mercedes would be merged.

This will be interesting for Schäuble has come out only because the plan has leaked from the EU Commission. Oh do we live in interesting times.

« The Check and Balance is the Debt Itself
Can We Trust Elections Anymore? »