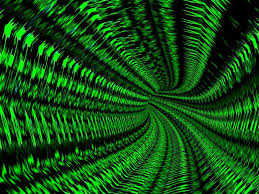 The NSA has had access to financial transactions in Europe and their abuse of power is being noticed everywhere. The EU has now voted to block the access of the NSA to financial records in Europe. Many people are now looking at Switzerland as a safe harbor not for money, but for data. They are now looking at storing data in Switzerland outside the EU and the USA. Brazil is also taking steps to combat the NSA by making servers for internet providers be located domestically. Russia will now monitor everything on the internet.

The thing with monitoring a person’s communication is that the person then becomes behaviorally programmable. Once they know they are being monitored, they change accordingly. There is a serious reaction that causes a psychological, intellectual, emotional response. The Mafia began using random pay phones and spoke in code. The government would then prosecute them and argue to juries that every time they said pizza it was a code word for some illegal act. Normal behavior that is then innocent suddenly becomes criminal. Communication access is thought/mind access; and thought access is behavior influence access. Hence, the US prosecutes CONSPIRACY which is a thought crime constituting merely an agreement not an attempt or actually committing some act. If you think about something it will become an act, and such thought acts can then become crimes under US law. Everything changes and this is what politicians do not get because they are lawyers for the most part who assume if they pass a law you will obey or be imprisoned and fined. This is why money flees or hides (hoards) because sometimes it is better to not invest rather than suffer the pains of government harassment.

This is all about control. Most normal people respect another’s right to form their own thoughts and behave autonomously; but for the high-powered folks, that’s apparently not enough. No boundary is inviolable, including your own thoughts and autonomy of behavior. If it can be accessed and hacked, they seem to have no qualms about it. It’s a kind of sociological chess game to them. Leaders of countries are subject to being made into pawns as much as ordinary citizens, either on a group or targeted individual basis. It is disturbing and disconcerting to say the least.

What the NSA has done is far-reaching. It is altering the behavior of the entire world. They are playing with fire for the outcome can be only one thing – total collapse in the trust the people once had for government. This turns the government into an adversary – not an institution for the people. This is part of the cycle that shifts the confidence away from government and into the private sector.