Turkish President Recep Tayyip Erdogan has achieved his dictator status which was his long-held ambition to expand his powers after the referendum handed him the reins of supreme power. However, the integrity of the vote is seriously questioned and the slim victory of just 51.4% approving a series of constitutional changes converting Turkey’s political system from a parliamentary to a presidential one, means there is going to be tension in Turkey looking forward. There will be no real checks and balances in place.

The opposition parties naturally called for the vote to be annulled because of a series of irregularities, The electoral board decision to accept ballots that did not bear official stamps has really called into question did the people really vote for this dramatic change.

The press in Turkey, like in Europe and America, seems to be just political propaganda always supporting whatever the government wants. Erdogan used his full powers of the state and government to dominate the airwaves and billboards while the opponents complained of intimidation, detentions and beatings. His response to the critics tyook the position that Turkey’s referendum was “the most democratic election … ever seen in any Western country.”

In Istanbul, there were protests chanting “thief, murderer, Erdogan” while banging pots and pans. The opposition, which is nearly 50% of the country, do not believe the votes were even real. Of course, Erdogan rejected all criticism as he spoke to flag-waving supporters in the Turkish capital, Ankara that were arranged and staged giving the airs of North Korea.

You can see Erdogan ‘s vision of resurrecting the Ottoman Empire hidden in his words. “The crusader mentality attacked us abroad. … We did not succumb. As a nation, we stood strong.” 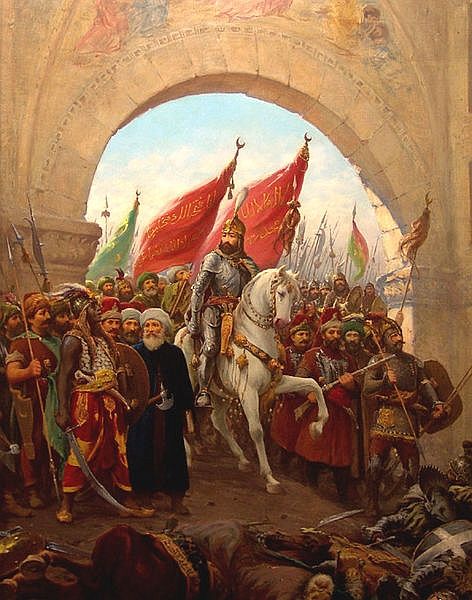 The problem with Erdogan is he still lives in the past and believes in the battle of Conquest for power to him is defined by territory possessed. This was his objective to removing Parliament and seeking full dictatorial power.