Entire Court in California Had to Step Down – All Judges

The legal system in the United States is becoming so corrupt, this is exactly as Edward Gibbon wrote about the collapse of the rule of law in Rome.

The legal system in the United States now seriously needs reform for nobody’s property, human rights, or civil rights remain safe when judges are government appointees for life. New York is, of course, out of control where judges are free to simply alter transcripts changing the words of witnesses after the fact, In an important case, US v Ziccetello, the judge alterations unwittingly favored the defendant. The government intent on keeping its 99% conviction rate, argued that the judge changed the transcripts. On page 97 of the opinion, the Court of Appeals admitted it was a “unique” practice and then said it lacked the power to tell judges to obey the law since it is a 5 year felony to alter such court documents. If the Appeals Court lacks power, then who possesses such power.

Judge Richard Owen is a real notorious pro-government former prosecutor playing the role of judge. He has handled most of the high-profile SEC cases. Amazingly, everyone seemed to get him.  He took the lawyers away from Steven H. Schiffer in a SEC case and then tormented him so he committed suicide all alone on. Then he would joke about it that he was never overruled because Schiffer didn’t know how to handle himself. 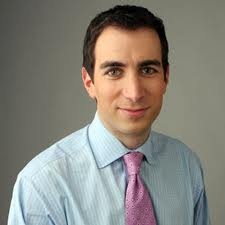 In my own case I forced Judge Owen to publicly admit he was changing my transcripts on September 23, 2003. Judge Owen had thrown the Associated Press out on April 27th, 2000 creating a closed secret court proceeding that is totally illegal. As an American citizen I was supposed to have a public trial – good one! The AP actually printed that it was a closed court proceeding. 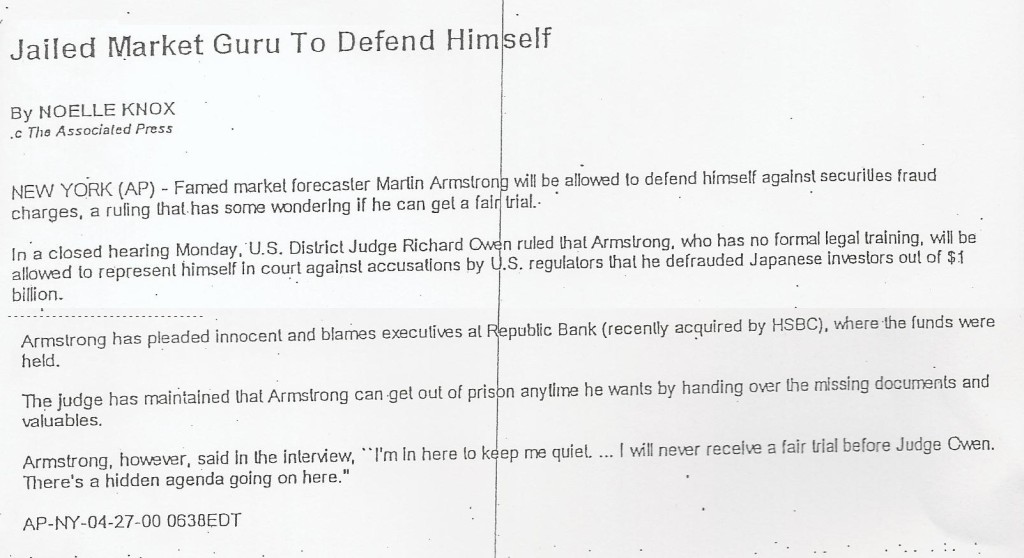 The AP reported I had stated from the outset Republic stole the money. You cannot get $1 billion out of a bank and nobody knows where it is. That kind of money can only be wired, yet they pretended to be looking for something Republic had all the time. When Republic finally pleads guilty, they got no jail time in return for all the missing money.

Now, in California, some prosecutors have resigned because Eric Holder’s boys were fabricating evidence in order to confiscate property in the tens of millions of dollars. One former prosecutor Eric Overby stated: “It’s called the Department of Justice. It’s not called the Department of Revenue.” Overby has stated that in his entire career, “I’ve never seen anything like this. Never.” The entire court has had to step aside because all judges are tainted. Just amazing.

We are screwed as a nation without a legal system that is reliable. How can we have a ruling against the NSA or anything sensitive when judges are not really judges? You just cannot appoint career prosecutors as judges and no one should be there for life.
Categories: Uncategorized