Enslaving the Next Generation 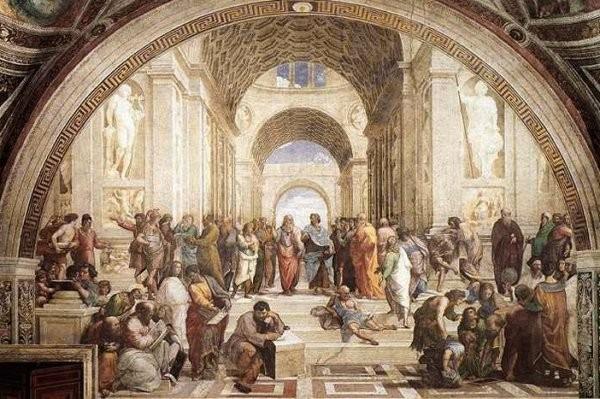 I have 2 questions.
I’m 31, and like most graduates of graduate schools, I have student loans.

1) What will happen to our generation who seem to be getting more and more stuck in student loan debt, which is backed by the federal government?  Will the government forgive it?  Or will we just be a generation in bondage, as American higher education is the most expensive it has ever been in history?

2) Furthermore – did the Roman Empire do anything similar to the younger generation to enslave them in debt?

Thank you for all your writings and insights.

ANSWER: Education is important. However, beyond the basics, historically, education took the form of an apprenticeship. This was the best means of education for it is learning reality. I never hired someone with a MBA because I only had to retrain them anyway. Big corporate firms like paper, because it is always cover-your-ass in such entities. They can claim the person had this or that so any mistake is not theirs. Yet this is on the decline as well and is the primary reason behind the fact that 60% of graduates cannot find a job in the field they studied.

Schools in ancient times were more philosophical rather than skill. This goes back to schools in Athens. However, with the fall of Constantinople, the scholars fled to Rome and then began to set up schools because the philosophy didn’t exist. Even math, was considered the work of the devil and the captains of ships were Jewish. The same was true in banking.

This whole idea that formal education could provide everything is just absurd. Historically it was always limited to the basics and philosophy – that would include science. It was NEVER a place to learn a skill. For that, you applied to be an apprentice.

In Switzerland, about 15% of student go to college/university. The bulk go into apprenticeships. We have in the States hybrids called “trade schools” that are far better than formal education for they are hands-on learning at a minimum.

As far as debt – this has NEVER been done to a generation to my knowledge. It is part of the New Deal – Marxist-Socialistic agenda that sounded good, but in the end, it is proving to be a total disaster. Government is incapable of centralized management or planning. That was the flaw of Communism. Education should have been free – but this is the problem with Marxist-Socialism – it is trying to be like communism, but just-a-little-bit-pregnant.

One example with student debt that has proven devastating comes from Britain. The government needed cash so they sold all student loans for 25%. The government got cash and totally screwed the students. Now private companies are out trying to collect 100% of what is owed. The government never gave the students the ability to pay off their loans at 25% of their face value. Students are being hunted down even when they live in foreign lands. Wherever they are,  they are being hunted down by debtor collectors.

The entire system of education is a disaster. It is bloated with nonsense and has proven to be a failure with not just 60% unable to find jobs in what they paid for, but the debts they have amassed are burdensome and is reducing their standard of living going forward. It has proven to be another Utopian idea gone seriously wrong.

This is an issue that will be part of the debt crisis overall.