QUESTION: Marty; I was at the second 1987 WEC Conference in Princeton. I remember asking you about gold and you said it would decline for 19 years into 1999 and then start to invert in preparation for Big Bang. I have never known you to be wrong yet. You clearly said gold peaked and would decline for minimum 2-3 years and max into 5 years in 2011. We are approaching that 2015 year mark which is 3 years from the high closing of 2012 and 2016 is 5 years from the intraday high of 2011. The rhetoric indeed has not changed today as it was after 1980, which to me only proved your were correct again. The louder they scream means they are like a pig caught. The same fundamentals are always used to suck in more fools to be separated from their money. Is it possible to illustrate on your models how the computer was different for the 2011 high v 1980 high? Just curious.

All the best. Looking forward to this year’s WEC

ANSWER: Just about every model we have was in a different position in 2011 compared to 1980. I suppose the easiest way to visualize the difference is the Energy Model. This physics based model captures the energy flow between the bulls and the bears – sort of like our capital flow analysis but for an individual market. It is far better in identifying bubbles than anything I have seen. It allows us to also determine which side of a ratio will move. 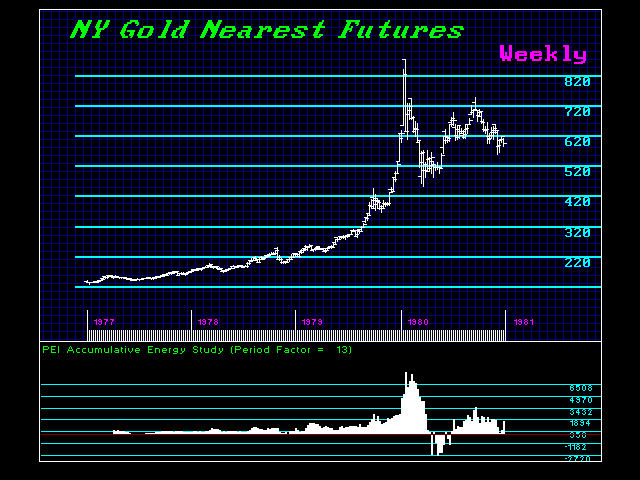 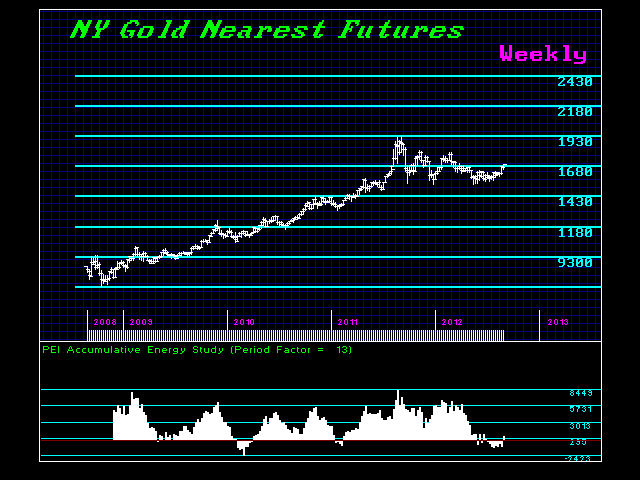 As you can see, the 1980 peak was a bubble. We do not see that isolated formation in 2011. The former must be resolved over broader periods of time if interfered with rather than a free market resolution. For the propaganda put out about gold is massive and like the Japanese government, the more you resist the trend, the longer you extend it. It was a different generation who still believed in gold standards etc.. That is why the decline was so prolonged. Kind-of like Moses having to wander in the desert for 40 years.

In the case of 2011, we do not see the same bubble. The younger generation lacks the mass believers that once existed back in 1980. Clearly, as a percentage of investors involved in gold, the rally into 2011 did not come close to 1980. This is part of the generational shift between these waves of 51.6 years. The older someone is, the stronger they believe in the old ways. We seem to have a sense of value etched into our brain from some period in our life. The older generation see $2 gasoline as outrageous and the new generation think it is cheap.

Nevertheless, you can see the difference on our Energy Model. There was no extreme bubble in gold in 2011. Hence, this should be resolved in the typical correction time frame 2 to 5 years rather than 19 to 26 years. This is part of the generational shift. In stocks, railroads were the leaders through the 19th century. The rails were the center stage of the Panic of 1907. The 1929 rally became the Industrial era auto, planes, etc. The older generation clung to railroads and agriculture. 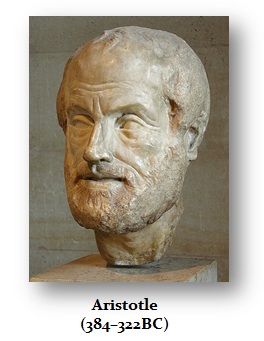 We find even Aristotle recognizing the generational shift. His writings actually influenced Karl Marx. Aristotle saw as Athens was emerging as the Financial Capital of the World, it was experiencing a Market Economy and this altered what I call the Villa Economy. Traders emerged in Athens and were offering farmers to produce more crops than they needed so they could export them to other regions. This altered society transforming it into a Market Economy compared to the self-sufficient Villa Economy. Aristotle called these people those who made money from money. Aristotle also wrote:

« Cyclical Symmetry
Germany Threatens Greece with Bankruptcy? Should be Other Way Around. »