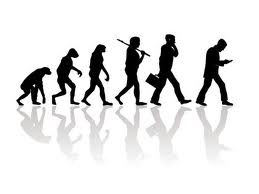 The economy also evolves like man. Aristotle complained that a market economy was changing the lifestyle of society for once farmers realized they could sell excess crops Athens began to change with bankers, shipping, insurance, etc. The railroad connecting the east and west coasts gave birth to mail order as Sears introduced a catalogue and goods could be shipped anywhere.

The invention of the automobile put buggy makers out of business. England lost the edge on the Industrial Revolution because it enacted laws to protect the buggy makers. It was the English oligarchy that destroyed the British economy and today it is the greed of those in government.

How did the oligarchy destroy Britain? The Industrial Revolution began in Great Britain but the oligarchy killed the trend. Nicolas-Joseph Cugnot (1725-1804) demonstrated his fardier à vapeur (“steam dray”), an experimental steam-driven artillery tractor, in 1770 but it proved to be impractical. New innovation shifted to Britain where the Industrial Revolution began. However, by 1784, William Murdoch (1754-1839) had built a working model of a steam carriage, which was probably the first steam locomotive but without tracks. It may have been English regulation that inspired tracks. Murdoch was also the inventor of gas lighting. In 1801 Richard Trevithick (1771–1833) built a full-sized functioning road locomotive known as the “Puffing Devil”. These early vehicles came at the dawn of the Industrial Revolution.

Naturally, these early attempts began to show potential for mass transit, until a backlash unfolded with the enactment of the Locomotive Act (1865), which required self-propelled vehicles on public roads in the United Kingdom to be preceded by a man on foot waving a red flag and blowing a horn. Clearly, these early attempts that would have put England on the map were effectively killed by legislation orchestrated by the status quo of the English Oligarchy. Britain would not regain that status as the Industrial Revolution shifted to America and continental Europe. Inventors and engineers abandoned the idea of creating automobiles and turned to improving railway locomotives instead. The British oligarchy stopped the innovation square in its tracks. They did remove the need for the red flag in 1878 and finally went on to abolish the law entirely only in 1896 due to the fact that automobiles were becoming far more common in America and Germany leaving Britain behind in the stone age. Similarly, President George Bush, Jr. banned stem cell experimentation that led to such developments leaving the United States. In this case, the religious right has stopped the innovation. It is always the oligarchy that influences government to support their status quo.

The internet expanded and killed local stores and is killing newspapers. Computer stores are almost non-existent and one must go to the internet to get real computers. So now the States are trying not to be “fair” to consumers, but it is their perspective in wanting taxes that is not “fair”. This claim that this is not a new tax because it is on the books, well so is adultery that remains a felony on many states. Shall we lock up everyone for 10 years who has either cheated or had premarital sex since that would not be a new law either? Perhaps give everyone tickets for failure to keep right when driving.

ANYTHING that collects money that was not collected before is a new tax.

Government is now going to destroy the economy and it will be headed lower because politicians are incapable of managing government or the economy.