The vast majority of those who attempt to use cyclical analysis to forecast create flat models and as such they cannot always see the forest staring at a single tree. There are countless trends and counter-trends all moving at the same time making cyclical analysis often bewildering. A cycle will appear to work for a while and the analyst will think he just discovered sliced bread. Then comes the devastating blow. When they bet the house, and then lose the entire farm.

I have stated countless times that the Economic Confidence Model is a composite of the entire world. It is not derived from market data at all. It emerges from the global economy, not even a single economy and has been back-tested through ancient history using our monetary database that cost tens of millions of dollars to create when a dollar use to buy something. Consequently, it cannot be discovered from simply looking at the data for the stock market. Understanding how the ECM even functions takes on yet another dynamic level of comprehension.

We may be witnessing the very power of cycles as they reveal the future before our eyes. Looking only at market data, the share market was ideally poised for a July high. Then the computer pinpointed the first week of September and the market began to elect BULLISH REVERSALS. This is what I mean that the model is the model and opinions just do not cut it. We have to trade by the numbers – not by what we would think or like to see. 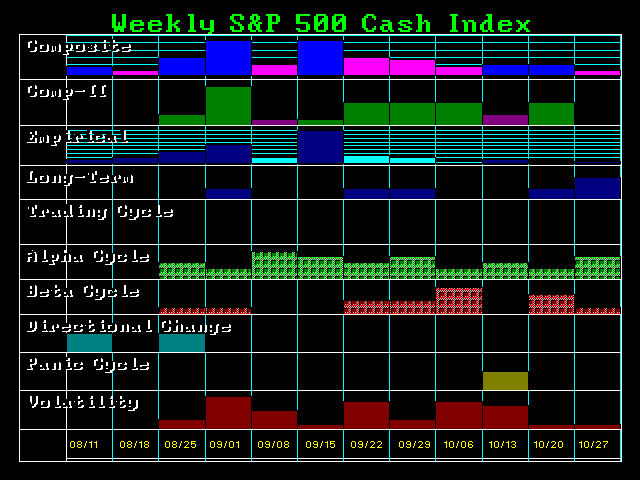 The next turning point on the ECM is the first week of September. At first, it did not appear that the US Share Market would line-up with the ECM given it was poised for a July high. Now we have to question what is coming on the other side of this turning point. It is curious how the first week of September rose to be a strong target with the volatility rising thereafter almost out of nowhere – the rogue wave in a calm sea. Indeed, the majority of people have grown easy with the market assuming the days of volatility are over. That would be a giant mistake that may cost you your financial future.

You are witnessing how one cycle can be over-powered by the ECM and this is why interfacing many models allows us to see a clearer picture of the future. So hold on tight. This is starting to look very interesting to say the least. Don’t worry, the mainstream media will only put on the normal talking-heads. They would never expose a model that called into question fundamental analysis of current news and opinion. On that score, we are safe. There will always be a reservoir of fools to trade against.

« Children Are Taxed on Medals Given Their Father in War
French New Government – Same Direction – Death of Europe? »