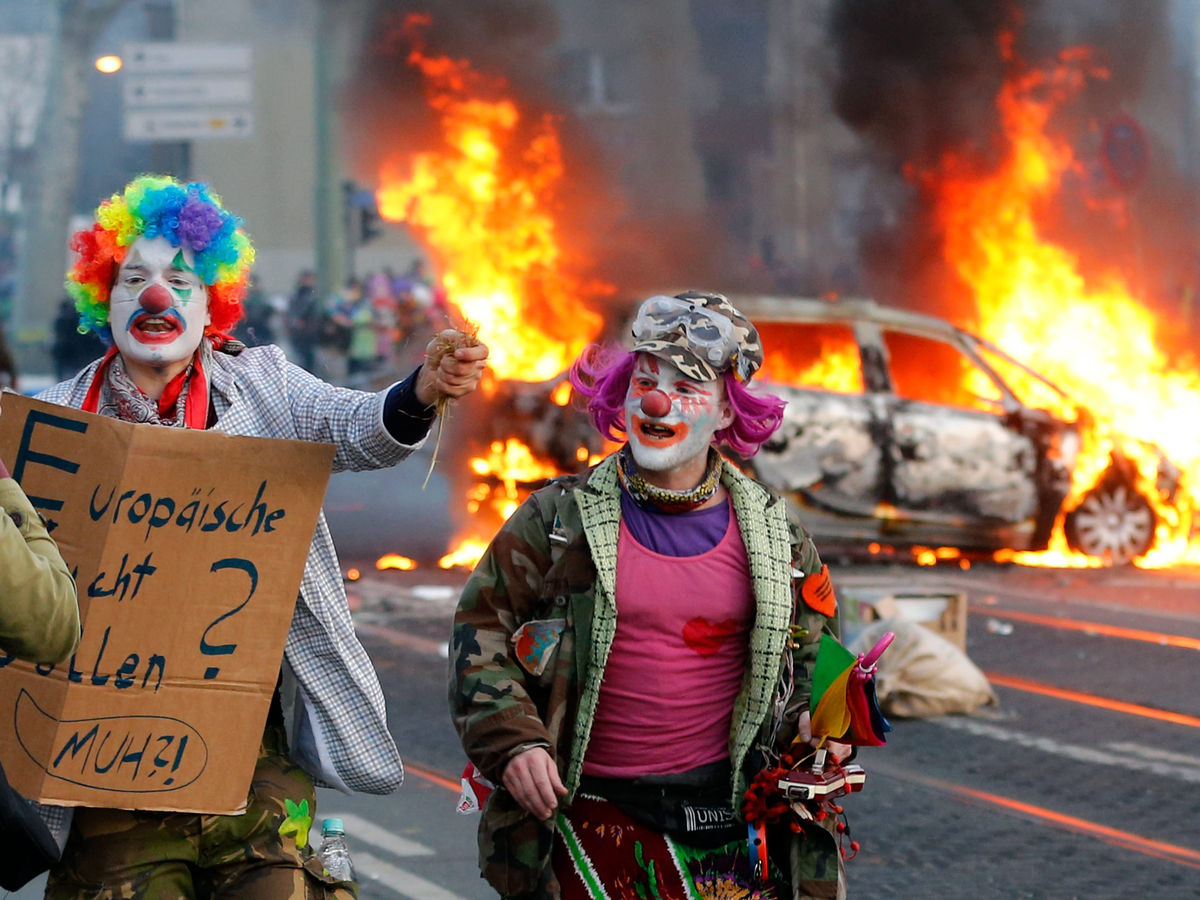 Perhaps the strangest opening ever has marked the ECB in Frankfurt, Germany. The opening of the new, paid by the taxpayer office tower of the ECB, is accompanied by tanks and a military force to protect bankers. Whoever ventured on the road to the east of the city since Monday have to believe the Romans were invading and stood before the gates of the city. The ECB was strangely protected with barriers everywhere you looked, which was a reflection of their total lack of faith and disconnect with the people of Europe.

Convoys of police vans, water cannons, tanks, heavy clearance equipment and wheeled APC all surrounded the area expecting a Russian invasion of something..For two days, traffic chaos has been at historical highs that may have exceeded the chaos Obama creates when he want to play golf. The ECB appears to have intentionally tried to intimidate the population to suppress protests given the degree of their unpopularity. They spend $1.4 billion for their new tower and protesters still appeared.

This has been at odds with German culture for anyone who has been to Germany will notice that there has been a counter-reaction to the image of Hitler – they detest military and police shows. The city of Frankfurt has indeed displayed a longstanding objection to police shows so the strange aspect of this entire affair has been for the police to use this as an excuse to come out of the closet. They seem to have enjoyed the excuse to show force at last if not begging for protesters to bring it one so they can practice how to deal with their dream – training for a state of emergency.

The Frankfurt police have indeed come out of the closet. Their scaremongering has led to a military display unseen in Germany with creating an exclusion zone, danger zone, water cannons, airplanes, helicopters and about 8000 troops. All of this to protect bankers. Just amazing. What the hell does this imply?

Then, believe it or not, the ECB imposed an exclusion of the press. The ECB has decreed that their opening ceremony news agencies are permitted, but not newspaper journalists. Curious. The newspaper embargo raises the question of exactly what is behind this authoritarian show of force in the heart of Germany?

« Cell Phones Reveal Where You Have Ever Been
Austria to Default on Debt of 10.2 billion Euros »