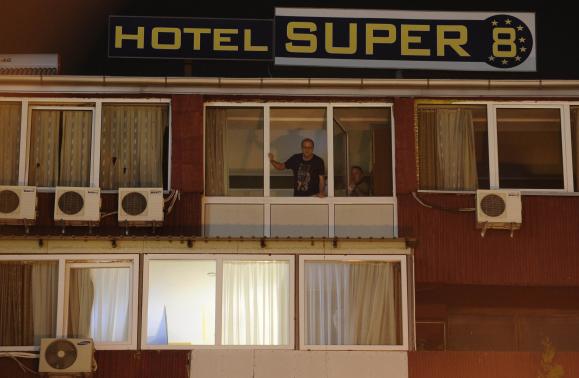 Macedonia is now checking for Ebola after Briton dies. They have quarantined the entire hotel sealing it off. They are now sure but are checking for the Ebola virus in a British man who died within hours of being admitted to hospital in the capital Skopje on Thursday.The man had arrived from Britain on Oct. 2 and had been rushed to hospital at 3 p.m. (9 a.m. EDT) on Thursday, where he died several hours later. The man had been suffering from fever, vomiting and internal bleeding.