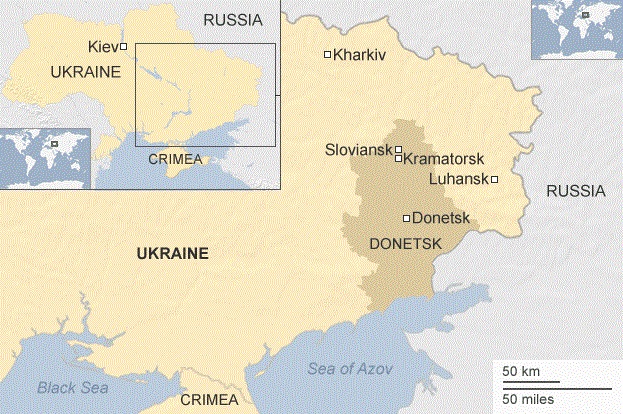 We have direct contacts in Donetsk. We reported previously that Russians were seen there weeks ago. However, there have now been gun battles in Sloviansk, and the Pro-Russian activists/mercenaries have taken government buildings in  Kramatorsk and Druzhkovka as well while there are reports of similar activity in the cities – Mariupol and Yenakievo.

Nevertheless,in Sloviansk and Kramatorsk armed men dressed in camouflage are there. They had arrived in buses and storming the police stations. They may not even be from those cities.

« Reid’s FATCA & American Oligararchy
Thomas Piketty – Another Economist on the loose out to DESTROY the World as We Know it. »