Earthquakes & the Ring of Fire Intensifying on Schedule 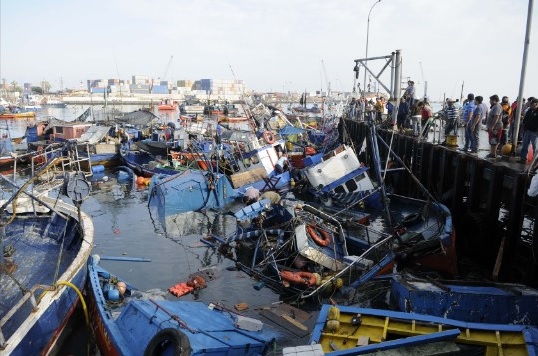 We have been getting also a lot of emails requesting an update on earthquakes. About 5 hours ago, an 8.2-magnitude earthquake struck off the coast of northern Chile late Tuesday, generating a tsunami and triggering small landslides.

It’s not so much the magnitude-5.1 earthquake that hit California – centered in nearby La Habra with well over 150 aftershocks over five days – that has residents here most rattled. Seismologists are saying that the little-known geological fault responsible for the quake could do more damage than the much feared – and celebrated – “Big One” that one day will be generated by the more famous San Andreas. 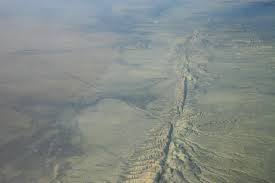 The San Andreas fault, pictured above, has been the expected “Big One” that many claim will cause much of California to sink into the sea. However, the that just hit is called the “Puente Hills thrust fault,” and it could do more damage than the “Big One” even with a lower-magnitude quake Seismologists say, because it is located under the skyscrapers of downtown Los Angeles and a population of 4 million people, a thrust up and down would be far more devastating that a rolling earthquake. The fault was only discovered in 1999 and it runs from the suburbs of northern Orange County through the San Gabriel Valley under downtown and ends in Hollywood. That is all prime real estate. 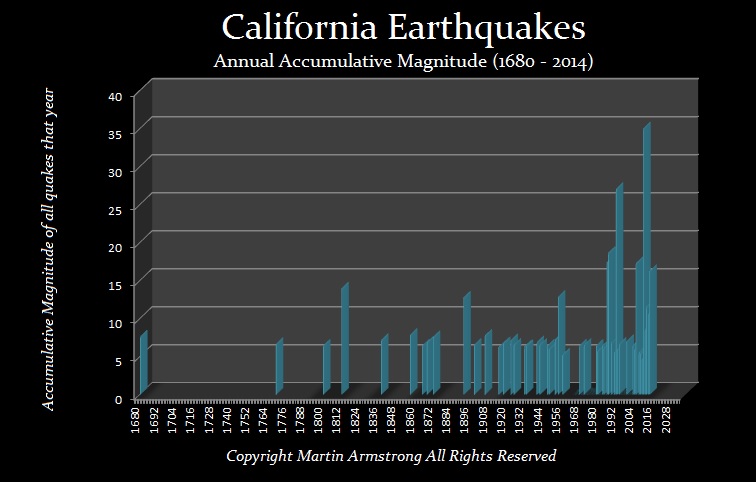 We are updating our correlation models for the ring of fire. Three quakes in March 2014 shows the intensity is rising. The target here was 2014.26. We should see the peak in 2016.09. There is a cycle of 1.83 years in California for the entire state. That is frequency, not magnitude. Pictured here is how our computer tracks it. Each event is added up and the year reflects the total accumulative magnitude. The frequency of recorded events has filled in post 1857. This is largely due to the fact that people have lived there post the Gold Rush of 1849. Data previously was recording only the big ones.