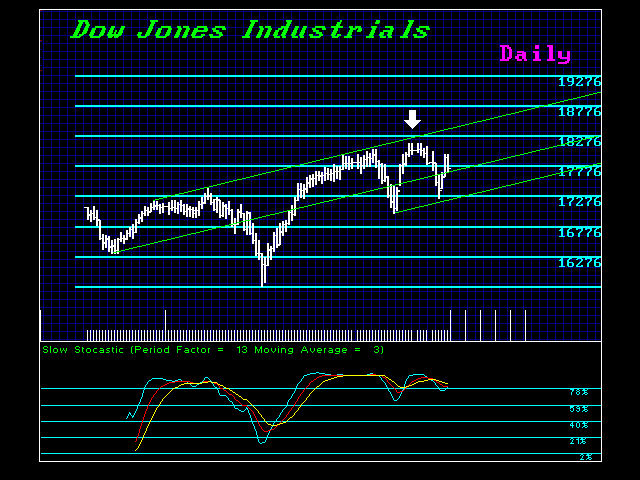 The Dow held our Weekly Bearish Reversal at 17722. We warned that “The main bank of support begins at the 16300 area. A weekly closing beneath 17722 will shift the market into a basing mode.” There appears to be in place a consolidation phase with the Dow churning back and forth until May. We did not yet achieve the confirming signal for this trend and the flat top warns that the high is certainly not yet in place. 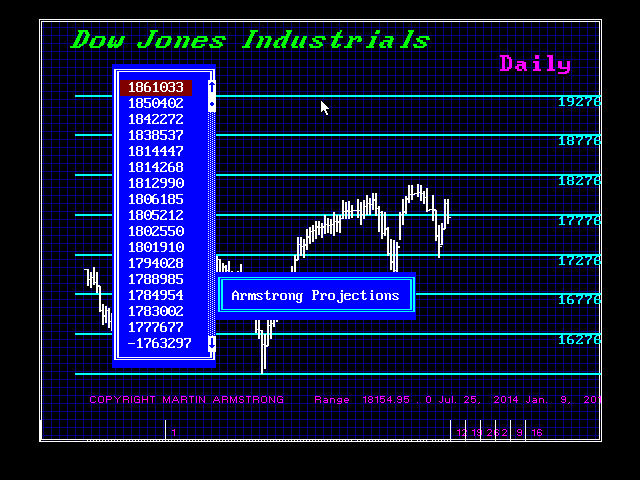 We still see the resistance at the 18500-18600 area and that has to be exceeded before we can consider a real breakout with a runaway market. That day will still come. Most if not every fundamental analyst will preach the Dow will crash with the first uptick in interest rates. Of course, that is when we see the rally REALLY taking off.

In 1927, the USA lowered interest rates in a desperate attempt to send capital back to Europe. The Fed was then criticized for lowering rates that sparked the stock bubble. Today the Fed will RAISE rates thinking that the higher rates will temper the stock rally. They will make the SAME PRECISE mistake they made in 1927.

We can see that the Fed raised rates from 3.5% in 1927 up to 6% in 1929 and the stock market doubled on capital inflows. The Fed stating it may have to raise rates before inflation is the code word they are fearful of of stock market rally. They will have to raise rates or suffer criticism for creating a bubble domestically while raising rates will cause the collapse in $6 trillion of dollar debt issued by other countries send the flight to quality to the USA.

When rates start to rise, then we will most likely see the breakout to the upside in a phase transition.