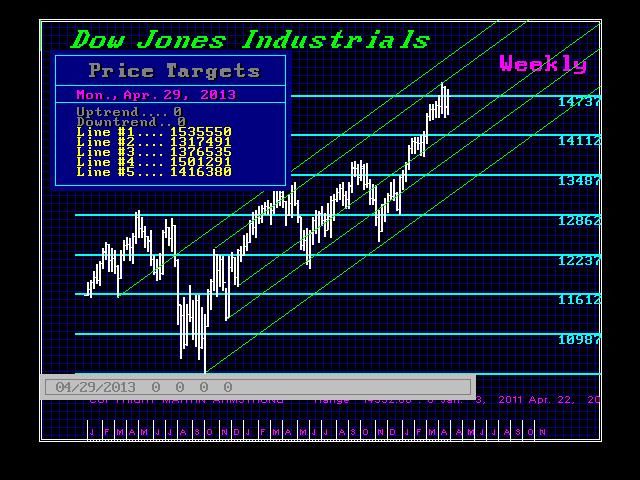 The Dow Jones Industrials basis the cash has been moving up reaching 14932.68 during the week of April 8th. Next week is the key turning point followed by the week of May 20th, June 3rd, and June 24th. Next week is a directional change si if we see a low that holds 14334 for the close of the week, then it is possible to turn this up into May. Critical support is forming under the market at 13880 with vital support if broken would lead to a mini-crash 13075 and 13017.

The key days to pay attention are Monday and Friday where we have high volatility as well. Directional Change is due on Tuesday. 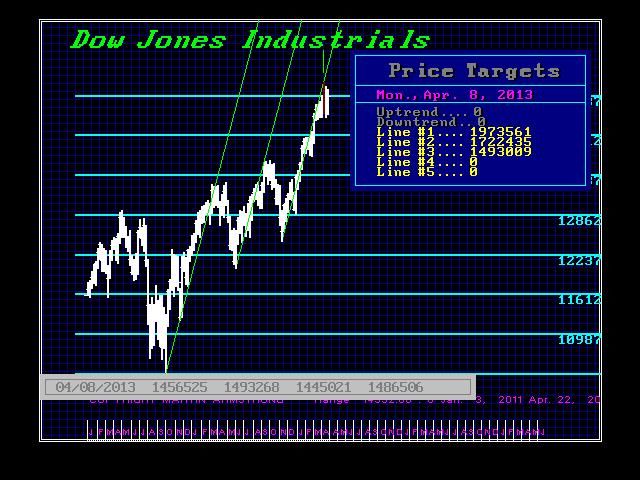 The market has been performing rather nicely on a regular technical projection. The Ascent Angles has been spot on as the Dow peaked the week of 04/08 at 14932.68 with the Ascent mathematical projection being 14930.09. 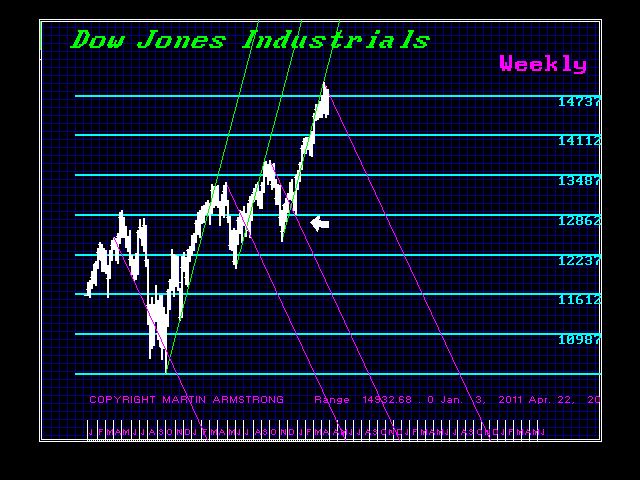 The Descending Angles have also worked rather normal. The last breakout fell back and retested the Descending Angle perfectly off by less than 1 point. In order to breakout again to record highs, the Dow will have to rally above this current Descent, then fall back to retest it, then blast-off again. That may be difficult. It is the Fall with the German Elections that looks to be crazy. 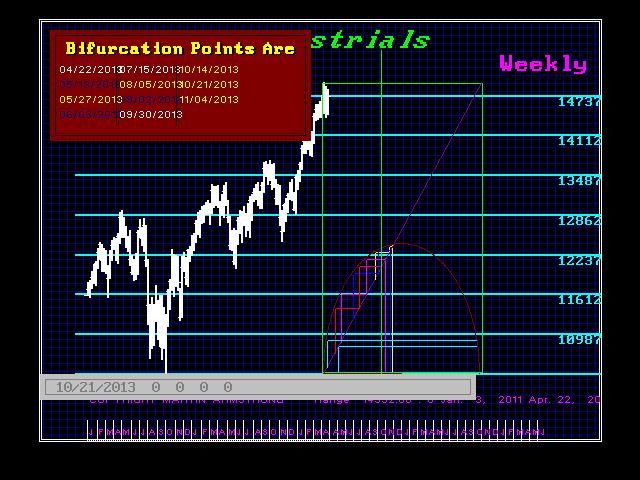 The Chaos Models are showing we begin to go chaotic in the Fall starting about the week of October 21st. That will be recalculated if we make new highs above that of the week of 04/08. Certainly, the opposition to Merkel is doing far better than the polls are reflecting. That is even the work from the US Capitol Hill. Certainly, if Merkel fails to hold her ground firmly, the future for Europe holding together will be seriously questioned near-term. 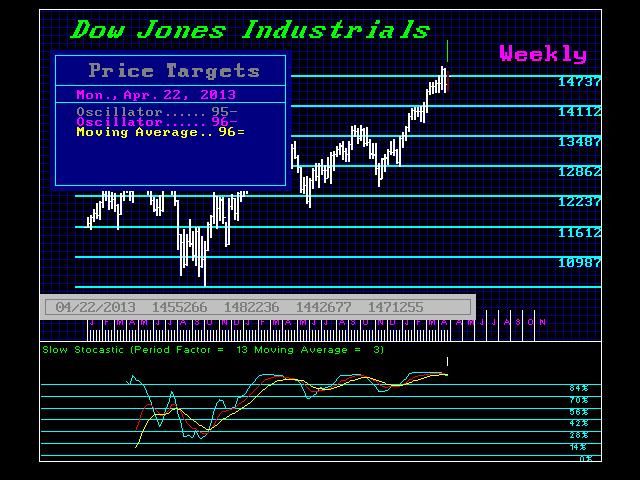 The Stocastics on the Weekly level are just starting to turn down warning that caution should be observed, This week will be key. So pay attention.

« Correlations & Who Is To Blame
Spiral Panic »