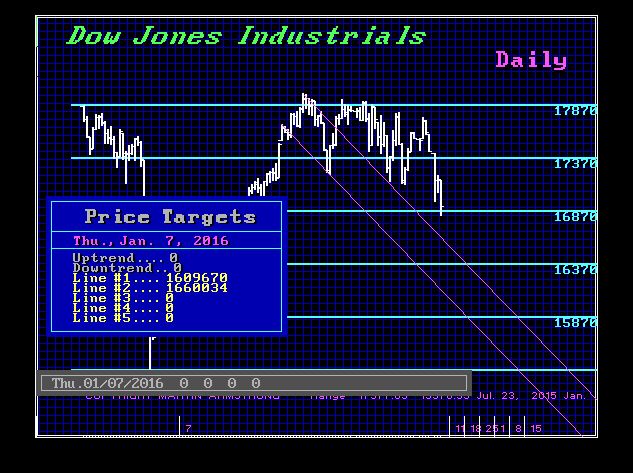 The U.S. share market has fallen following the problems in China. We elected the Daily Bearish Reversal at the 16933 level and this warned of a test of the next important support zone. A daily closing below 15980 will warn that we may in fact penetrate last year’s low and pull off a slingshot move.  We previously warned: “We have initial support forming at the 16886 level and a weekly closing below that will confirm a continued decline. Our daily models warn of important support starting at 16930.”

Our Panic Cycles began to turn up this week moving into next week. If we penetrate last year’s low of 15370, then we may see a drop to retest the major support area in the 12875-13100 area. We should break the market FIRST and this appears to be setting up for the extension beyond 2017. A monthly closing below 16013 will signal that the market should crack and then we will be set up for a really wild rise.