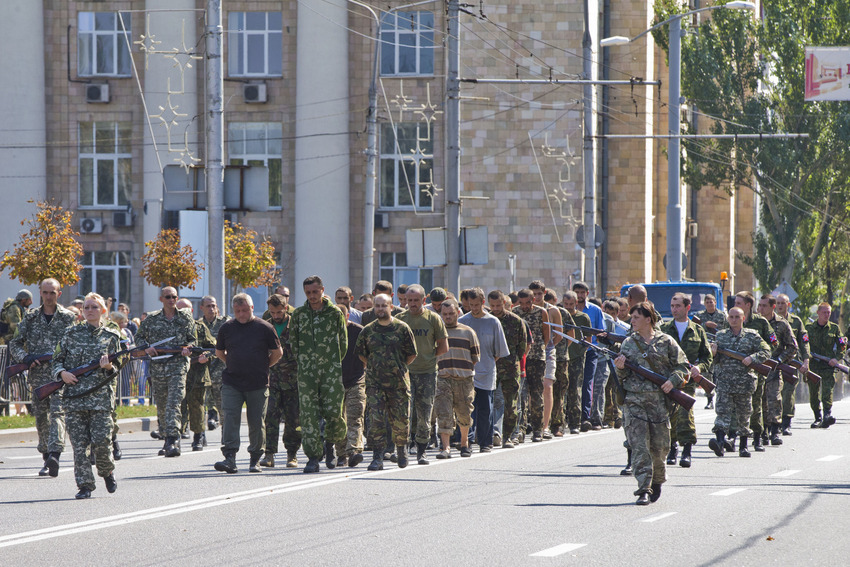 The political manipulations in Ukraine are fascinating and cruel. We have seen a very shameful display of politics in Donetsk with the “parade” of prisoners which was intended to make Ukraine so angry they would want Donetsk to leave for no Ukrainian would want to live with such hatred. The aim is to stir up hatred towards Donetsk residents is a typical move of a region that is inferior and cannot win by sheer force.

The end goal is to separate Donetsk willingly. They want to inspire hatred for this will serve the goal of separation. This strategy is not uncommon in this region. However, inspiring such hatred creates long-term separation that never fades away and will last centuries. We have this between Israel and Palestine. It is really impossible to get long-term peace because there is underlying dislike of each other no matter what the enlightened ones may say.

The evidence that this parade is a political maneuver was the lack of support by the people. Among the audience there were only two or three hundred “people.” This poor showing for a city in which hundreds of thousands of people remain,.demonstrates the lack of support for the rebels within the population as a whole.

Our sources there are often without bread, water, or electricity. Anyone who would come out and protest what these rebels are doing would be shot, beaten and killed. Anyone who spoke out in public against separation was killed only after torture. Just what is so important about joining Russia is a mystery for the average person’s quality of life.

Yet the “parade” has served its purpose. It has some European leaders as Merkel starting to say just let the East go. From that perspective – it was a success.