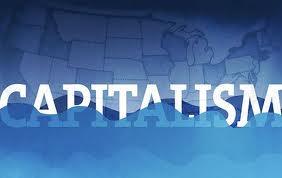 Socialism/Communists try desperately to paint capitalism as the benefit of the greedy rich. People see the bankers as manipulating government but this is not inherent in capitalism, that is the corruption that infects all republics. A republic ALWAYS devolves into an oligarchy, which is not freedom and is not capitalism. Russia moved from communism to oligarchy and that is why it did not really boom as did China, which moved to capitalism.

For capitalism to work historically, it must embrace freedom and that can ONLY be accomplished by a true democratic system. Once you have career politicians who are elected perpetually, that opens the door to oligarchy. If China has a political class of professional politicians  who do not need money to get reelected, then this defeats the oligarchy evolution for they do not require money to maintain power.

The elections of 53BC in the Roman Republic saw interest rates double because corrupt politicians had borrowed so much money for bribing votes. This is the oligarchy tendency that destroyed the Roman Republic.