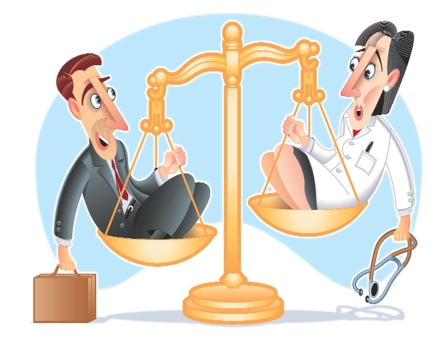 The two fields that are peaking with this turn in the ECM appear to be law firms and the medical industry. Both has become extremely arrogant and way over-priced. The entire Obamacare was REALLY about hospitals who had to provide care for indigent people who just showed up in emergency rooms. Obamacare was all about making sure these medical-for-money corporations did not have to do anything for free. But in trying to guarantee their financial security, he has established the high. In Europe, my mother had visited me when I lived in London. She fell and went to the hospital. There was no charge. In America, the hospital had to “ethically” provide the service, but then unethically sued your ass.

The legal profession has committed suicide. The big firms have so over-priced themselves and pad the bills unbelievably it is outright criminal. I actually had a lawyer send me a bill attempted phone call not answer. Pages of attempts when I told him I would be in Europe. Needless to say, I loath having to hire US lawyers.

The legal profession is showing the signs of stress. There are smaller firms who are now starting to try to survive and coming up with the fixed-price for work policy the way it should be. Then there are what is now called the “Large Enough” law firms who are devouring the market share of the “Largest 50.” We are starting to see law firms laying off attorneys and revenue of the Largest 50 is now declining.

Analysis on a closer level reveals how the greed of the “Largest 50” firms has taken it toll. There has been a distinction shift in legal work from the “Largest 50” firms to the “Large Enough” category is far more dramatic. The “Large Enough” firms have almost doubled the share of high fee litigation matters that generate fees exceeding $1 million or more rising from 22% three years ago to 41%. This is contributing to lawyers being laid-off.

Examining specific categories of what is known as “alternative fees” meaning contingency where lawyers are paid based upon actual performance, “Large Enough” firms have billed nearly twice as much under alternative fee arrangements as did the “Largest 50” firms over the trailing 12 months. The East Coast firms have become so greedy, they wanted just unlimited high-end billing. Performance should be the mainstream but that may clip the wings of the “Largest 50” where they tend to also be too bureaucratic and inefficient.

The Average US law firm partner bills at $381 per hour according to LexisNexis.  So in terms of billed hourly rates paid by clients, the average hourly billing rate of a partner in a U.S. law firm increased 2.7% over the previous year to $381 per hour on a national basis. The partner’s practice area carries average billing rate of $630. You can’t find a lawyer on the East Coast willing to bill such an amount. The low-end tends to be $600 and the high-end $1,500 per hour. And then they always over-bill anyway. The highest growth in legal fees are still Philadelphia, Detroit, San Francisco, Atlanta and New York are the top five cities where law firm hourly billing rates increased above 2.5% in both year-over -year and three-year compound annual growth rate. Phoenix, Boston, Houston, Dallas and Minneapolis lagged behind and this is the peripheral that is showing signs of declining already. We should see the top five cities start to decline sharply with the turn in the ECM 2015.75.

« One Tool for Security
Comment from a Reader & Manipulations »