Detroit – The Map that we are ALL following 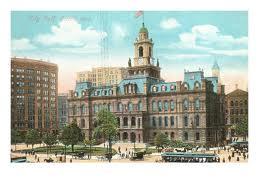 Detroit is an example of the entire financial crisis with regard to the state workers and their pensions. For every person that retires, the state replaces them and this is driving the cost of government up exponentially. Reuters reported that the investment banker dealing with the restructuring experience of the city, told the court “the city plans to pay unsecured creditors, including the city’s pensioners, 16 cents on the dollar. There are about 23,500 city retirees.”

Detroit city has said about half of its liabilities stem from retirement benefits, including $5.7 billion for healthcare and other obligations, and $3.5 billion involving pensions. This is the crisis ALL governments face. The economics of the current system are unsustainable and we are headed to a crash and burn like the fall of Rome. Yes it can be prevented. But ONLY if we take action NOW.