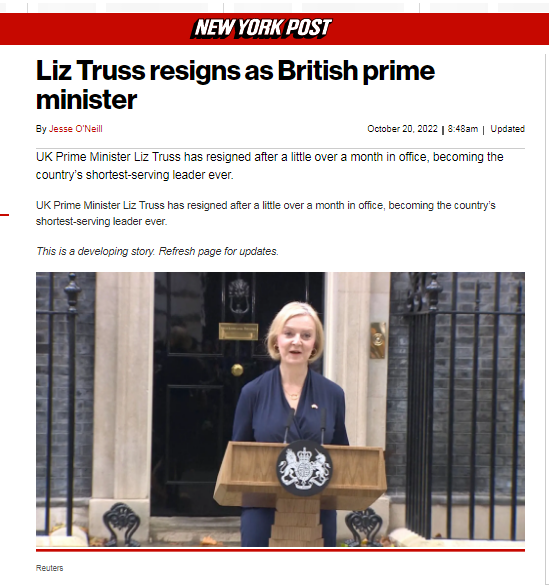 Liz Truss has resigned. However, I was just doing a report on the new surge in the Globalists who used to stand quietly behind the curtain but are now forcefully no longer hinting and advising on the political direction of nations but are taking a much more authoritarian role. While I disagreed with Truss’ remarks on Russia and that it must be forcefully removed from all of Ukraine without the slightest reflection on what that meant, she was trying to revitalize the economy of Britain. Some say she was trying to follow Thatcher as a role model.

I put together the whole battle over the Chancellor of the Exchequer and how she was being dictated to behind the curtain. I will put this report up for sale ASAP. What we must understand is that the game is shifting. The Globalists pushing this agenda for their dream of a one-world government headed by the United Nations are hurling us ever closer to World War III and presume that they can defeat Russia, and bring it to its knees, all on a conventional basis. They then intend to use war as the excuse for the sovereign debt defaults and then usher in a new Bretton Woods with a digital currency administered by the International Monetary Fund.

While the press will never report the truth, Truss’ resignation comes as she now realizes being PM is not one of power, but just another hand-puppet in this worldwide agenda. 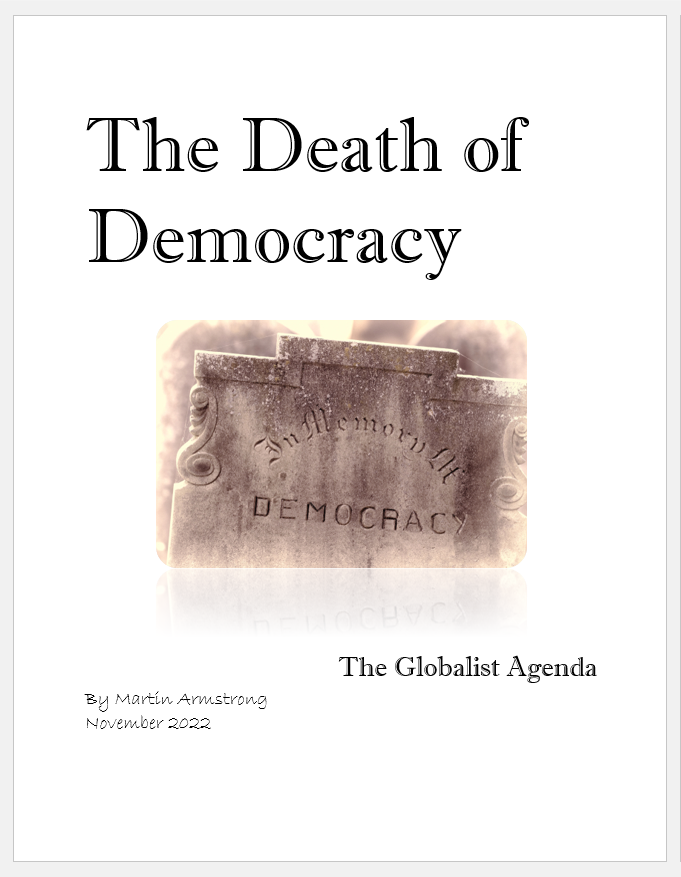