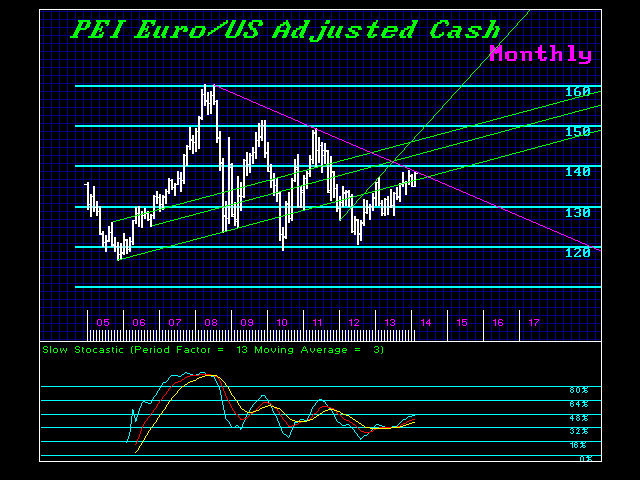 The Euro is still pressing higher against the dollar on deflation. The geopolitical risks have not yet kicked in and may not until after June. The European Central Bank’s (ECB) decision to leave monetary policy unchanged demonstrates it is not worried about inflation nor do they realize the broader impact of a strong euro on any recovery in Europe and its driving force behind deflation with rising unemployment at the core. 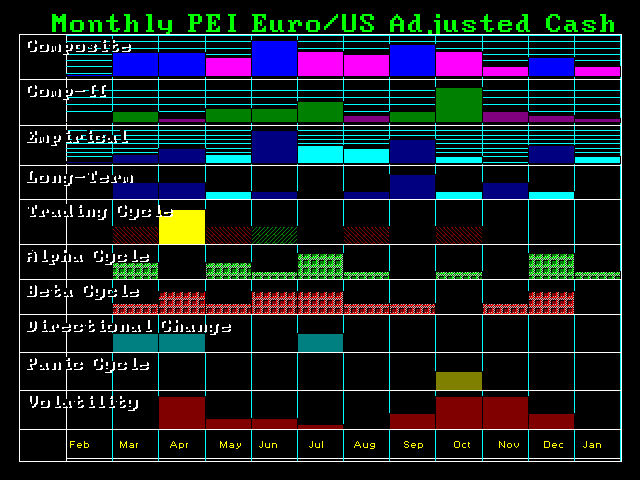 The Major Resistance still stands at 14700 level and ONLY a monthly closing above that zone would signal an extended trend. The rise in the Euro is indicative of an economic decline as we saw with the Yen in Japan and the US dollar back in the early 1930s. It was the rising dollar back then that led to Roosevelt’s confiscation of gold and the devaluation of the dollar. So the trend in the euro is not yet complete. The higher it rises the greater the economic decline.

The rise in the Euro is indicative of the broad economic decline that will cause a rise in civil unrest after 2015.75. This trend was the kiss-of-death for the dollar back in the 1930s. The higher the dollar rose, the worse the economy imploded. We are seeing the very same trend in Europe at this time. This will seriously impact even the Swiss economy driving the prices of exports higher and preparing for the major high we see next year on a 26 year cycle in Swiss real estate. Like Singapore – it is just getting too rich on a global scale for capital.

The US dollar will rise exponentially after 2015.75 with the US economic decline and the ECM aside from the geopolitical risks. When the US economy turns down, then we will see the rise in the dollar really take off as normal.