The US government has now moved into the second week of a shutdown with 810,000 federal employees furloughed without pay or 28% of their work force. Some believe there is no end in sight largely because the Democrats are trying to use this to destroy the Republicans and the Tea Party. For this reason, Congress remains deadlocked with the second deadline coming October 17th, the increase the nation’s borrowing power, which if not approved will create a technical default.

John Boehner has halfheartedly vowed not to raise the US debt ceiling without a “serious conversation” about what is driving the debt. The Democrats are desperately trying to push the country into default because they think they will win the House in 2014.

Publicly, the Republicans nor Democrats are offering any sign of impending agreement on either the shutdown or the debt ceiling. Both sides naturally blamed the other side for the impasse. Boehner is trying desperately to get the Republicans in a unified state for he want to sit down and have a conversation with the president. But he is clueless as usual. Obama’s refusal to negotiate is political to further the Democrats at the expense of the nation. Obama thinks he can blame the Republicans if there is a national default. He is betting on that will destroy the Tea Party once and for all and thus refuses to do anything claiming Congress must do “its job” that he defines is reopening the government and raising the debt ceiling without any negotiation on concession. There is clearly a hardening of positions here and Obama believes either way he wins. If the Republicans blink, that destroys the fiscal conservatives. If they do not blink, the country goes into default and he then uses that against them in the elections. The Democrats see this as a WIN – WIN for them regardless of who they hurt in the process.

Conservative Republicans in the House have resisted funding the government for the current fiscal year until they extract concessions from Obama that would delay or defund his signature healthcare law, which launched October 1. If Obama gives that up, there is nothing left he can claim for his Presidency.

Still other fiscal conservatives are demanding that a similar condition should be placed on raising the debt ceiling. Boehner has not agreed to that one. The only thing Boehner says is true, but they are not his words: “It’s time to talk about the spending problem.”

There are suggestions for compromise where the debt limit hike might be combined with a new initiative to reform the U.S. tax code and achieve long-term savings in Social Security and Medicare rather than Obamacare. Other ideas floating around are to pass only a very short debt limit increase, which would create time for more negotiations at the expense of further market uncertainty, and repeal of a medical device tax, which is expected to generate some $30 billion over 10 years to help pay for healthcare insurance subsidies under Obamacare.

China, the biggest holder of US Treasuries ($1.277 trillion), urged Washington to take decisive steps to avoid a crisis and ensure the safety of Chinese investments. But playing politics will have a backlash that Obama does not count on. Default once, and what will happen is that this issue will come up time and again with each event becoming worse. 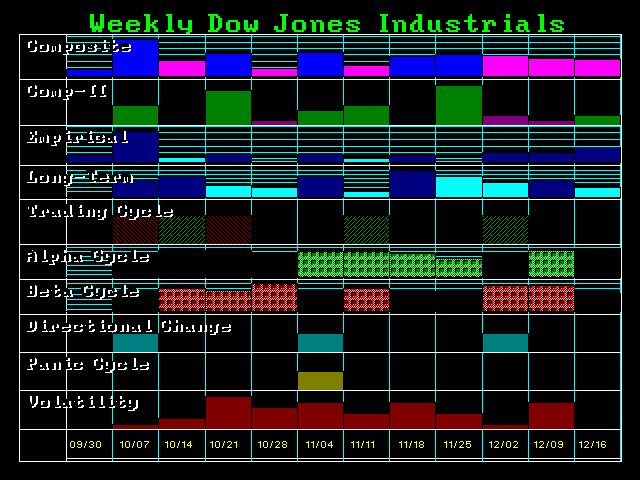 This will most likely result in fewer sales to foreign investors and the stock market will rise and capital is forced into the private sector. This week still shows we may see a directional change, but volatility will start to rise going into the first week of November. The volatility models are clustered around the second target of October 17th for the borrowing power limits.