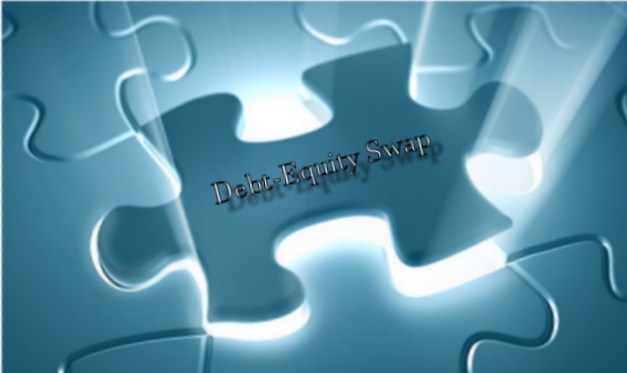 Debt-equity swaps were used in the former Soviet satellites in Eastern Europe. This was the chief method of making the transition from communism to capitalism. Poland implemented an extensive privatization program back in 1990 and had privatized half of all state-owned enterprises by the end of 1994. Indeed, debt-equity swaps were introduced into the Polish process in 1994, primarily for use by Polish banks in converting their non-performing loans into equity stakes in the debtor companies. Nevertheless, foreign debt was not eligible for use in these Polish debt-equity swaps, although there were suggestions in 1995 and 1996 that external foreign debt should be.

Other Eastern European countries, such as Croatia, the Czech Republic, and Hungary, have used debt-equity swaps to enable banks to exchange debt for equity in highly indebted local companies so that the local banks become shareholders in the companies. Bulgaria  has likewise made extensive use of debt-equity  conversions, primarily of external debt in the form of Brady bonds.

The debt-equity swap that we are proposing would be open to both domestic and foreign holders of debt through a series of tranches being swapped into coupons that could then be used to invest in domestic private shares, not the privatization of inefficient state run entities.

The coupons would then be free to trade on the open market. Foreign investors could sell them at current market prices to whomever wanted to invest domestically in shares. The central bank would then return to its original design free from being compelled to buy exclusively government bonds. Stimulation would be direct rather than indirect whereby they would buy corporate paper during times of recession that would soften the hard-landing and reduce swings in unemployment. Currently, relying on the banks to lend defeats the purpose of stimulation for they lack the confidence to lend and will stockpile cash during economic declines.

There are more layers to this proposal than meet the eye at first glance. It would be a step in reclaiming the free markets and bringing a final end to the Marxist era of state manipulation.