Death Always Creeps in From the Periphery of an Organism

It seems that one can look at the periphery of an organism and it highlights its future. The sub-prime mortgage crisis that preceded the Global Financial Crisis being a case-in-point. And, dare I say it, Greece preceding what is to come in Europe.

This made me wonder if the Chernobyl-like decay of Detroit is, to the United States, what the sub-prime mortgage crisis was to the Global Financial Crisis. Or what Greece is to the rest of Europe.

Is the end-game for the United States staring everyone in the face in the form of Detroit, Michigan?

ANSWER: Very good. You are starting to notice the emerging behavior patterns within the system. This is why I stated the dollar was not the problem, look to Europe and Japan first with the dollar the last to fall. Death in any system starts at the periphery of an organism and eventually spreads to the core.

Likewise, a real estate boom starts in the core (like NYC) and as that property rises, people begin to spread-out and buy. Eventually the suburbs rise in value but watch the origin in the core. That will be the first to decline and when it does, this trend will spread to the suburbs.

Detroit defaulting on its pensions is already being looked at as the escape for unfunded liabilities around the country. It is the road-map to the future. So yes, Detroit is reflecting the consequences of corruption, greed in government, and fiscal mismanagement. This is the very same pattern that emerged with the default of Mainz.

One of the best examples of how the same pattern of economic debt drives empires, nations, and city states to disintegrate is the City of Mainz. This is where the Guttenberg Press was invented and this led to an economic boom for the city. Money was flowing in from surrounding cities to take advantage of this new technology. The politicians became greedy and began to raise taxes and then borrowed against what they thought would be future tax revenues.

The pattern of events is simply like a Shakespeare play. They plot never changes – only the actors.  By 1411, the government of Mainz’s interest expenditures reached 48% of revenue because they had issued annuities that paid interest. 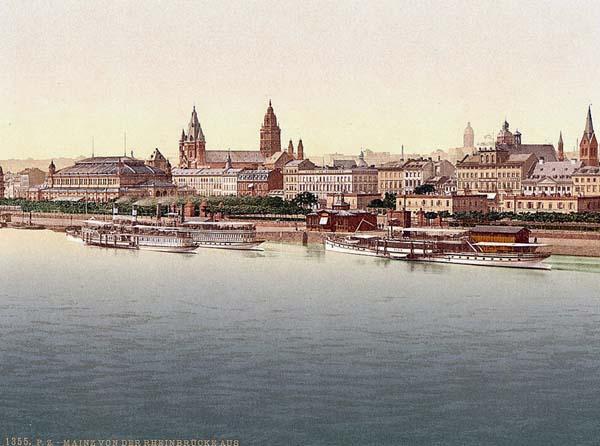 By 1437, government expenditures of Mainz reached 75% of revenue. We are in the same position today. They were issuing new debt simply to pay off the expiring debt, which is standard practice today. By 1448, Mainz was forced into bankruptcy when there were no longer buyers for its new debt and they could not pay the expiring debt. Eventually, they had weakened their economy by chasing out the productive forces and they were then invaded, sacked what could be taken, and the city was burned to the ground.

History repeats because human nature NEVER changes from one century to the next. Detroit is our future. The question is how far do we have to go before the system collapses.

« Will Electronic Money Be Deflationary?
Capital Flows – The Key to Everything »