Cyclical Analysis – Perhaps One Day it will be Taught in University 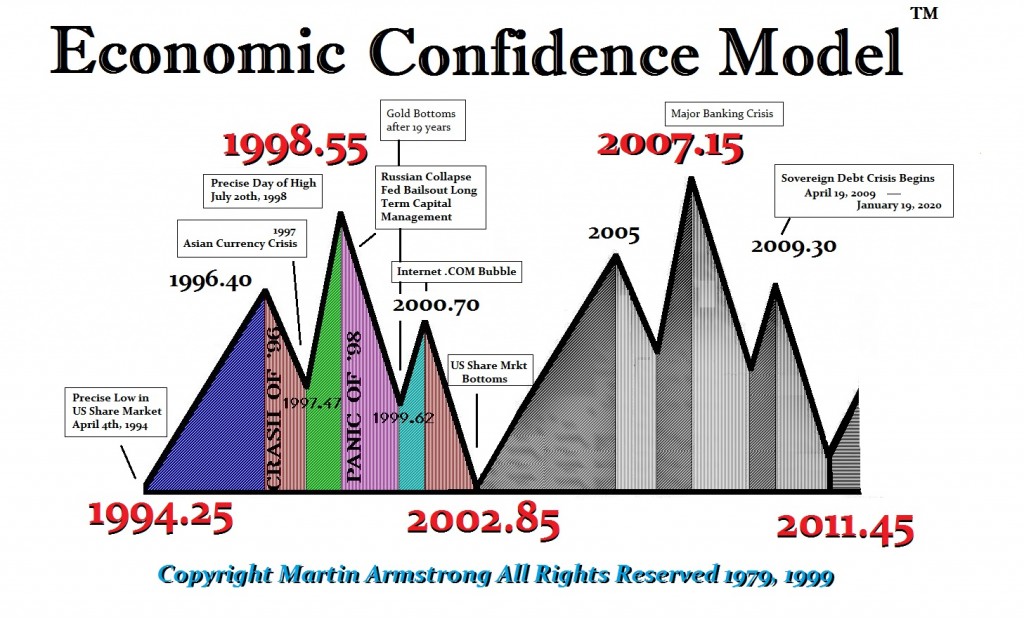 QUESTION: Mr. Armstrong; I have been working on a trading desk for 4 years now. I have got to say, everyone reads you. The general comment around here in the bank is never be on the opposite side of your computer. Some still say you manipulate the world and others say you are the father of analysis. Which is it? Do you even care? BTW – Happy Birthday.

ANSWER: Thank you. Off to NYC for the weekend. Well, the manipulation nonsense nobody can do – not even central banks with quantitative easing, trillions of dollars, whatever. They only control the monetary side to a minimum whereas government controls the majority and cleverly blames the central bank for not neutralizing their brain-dead machinations from perpetually borrowing more each year (money creation), raising taxes, and hunting down capital. Yet somehow the Fed is supposed to neutralize all this nonsense. People only look at the money a central bank “creates” and ignore that expanding debt is worse for that create money that pays interest. Let the Fed create a trillion and there are some ready to storm the institution with pitchforks and torches. Yet they are deftly silent about budget deficits ignorant that this is where money is REALLY created. 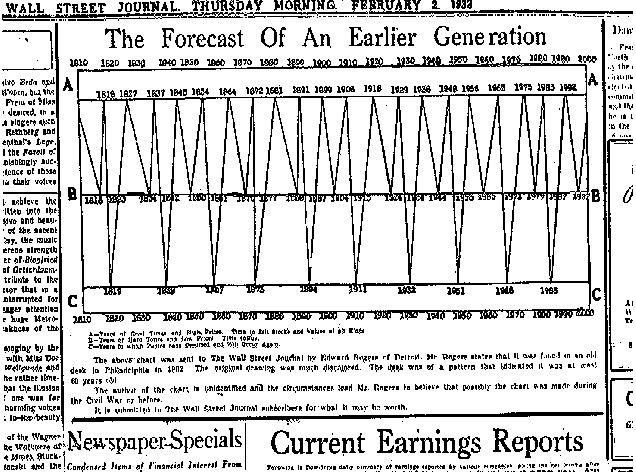 As far as being the father of analysis, not sure what that title means. People have been doing analysis long before me. Even cyclical analysis is not my invention. Here is an attempt at mapping the business cycle that really goes back to a farmer in the mid 19th century that was published in the 1933 Wall Street Journal.

True, our model maps time far more accurate and our methodologies are completely different from those who publish or use cyclical analysis in forecasting. I have been called the father of capital flow analysis and its inventor by even the CIA, but not cyclical analysis.

I am working on the Geometry of Time that goes through the various people who have explored cyclical analysis and their methodologies. Hopefully that will spark the subject to be taught in university one day.