Cycle of War Turning Back Up 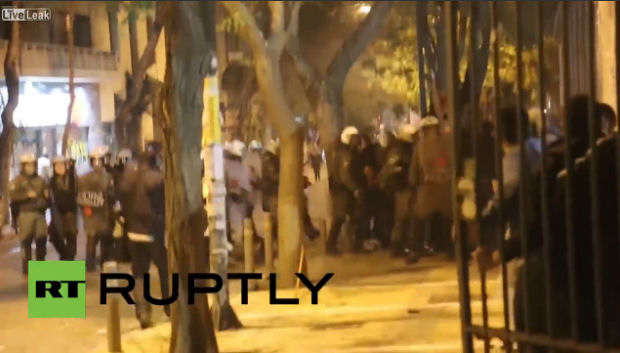 Serious protests are start again in Athens, Greece. There are still the rising tension in Hong Kong where the protest leaders were just denied the right to fly to Beijing. In Turkey there are various protest movements including anti-American attacks on military sailors. From here onward, we should expect protests in Egypt, Spain, Italy, and France. In the United States, everywhere from Boston to Los Angeles, police departments are bracing for large demonstrations when a grand jury decides whether to indict a white police officer who killed an unarmed black teenager in Ferguson, Missouri. A failure to indict may lead to a serious protest across the nation.