Crude — What Lies Beneath $30 & Where Will Resistance Stand Here After? 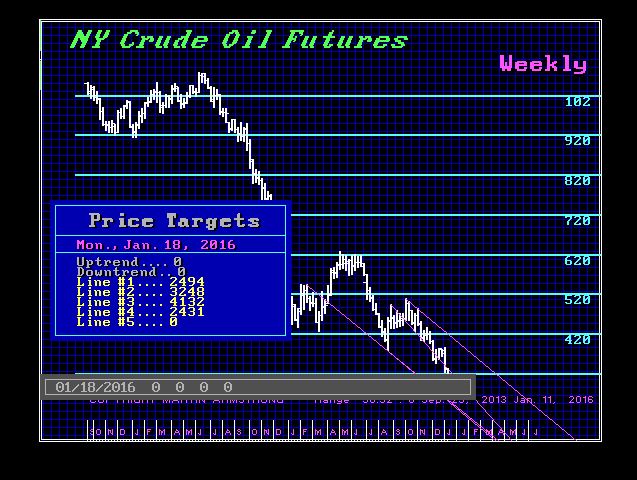 The fear has been that Iran will start dumping oil now that the sanctions have been lifted. Thus, crude has been falling out of bed in a nightmare scenario. The fact that Crude was below $35 and then rallied to close above it for the 2015 year-end closing was a warning that the long-term may not be as bearish as it appears at first glance. Crude still elected a year-end sell signal at $41, which meant lower lows. But our other two numbers were $35 and $25. Breaking $30 certainly focuses our attention on the $25 level as support on a system basis. Technically, the $25 area is also showing up as support during January. 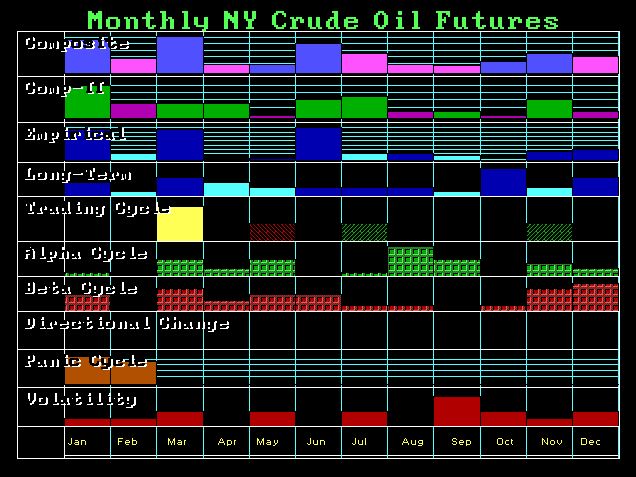 Cyclically, this collapse in price has been on target since our timing projections have been January, March, and June here in early 2016. We have warned that 2016 was the target for at least the intraday low. 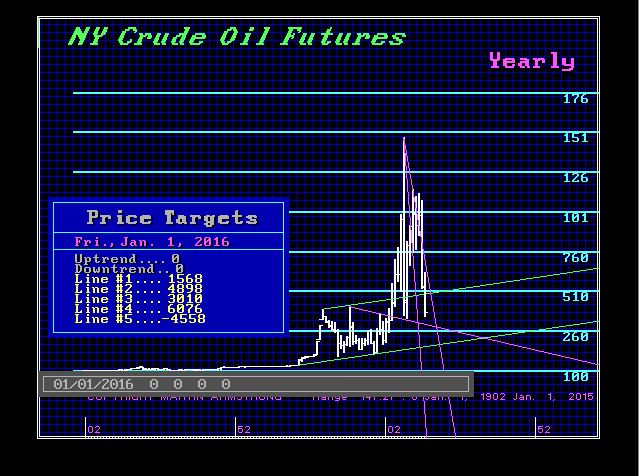 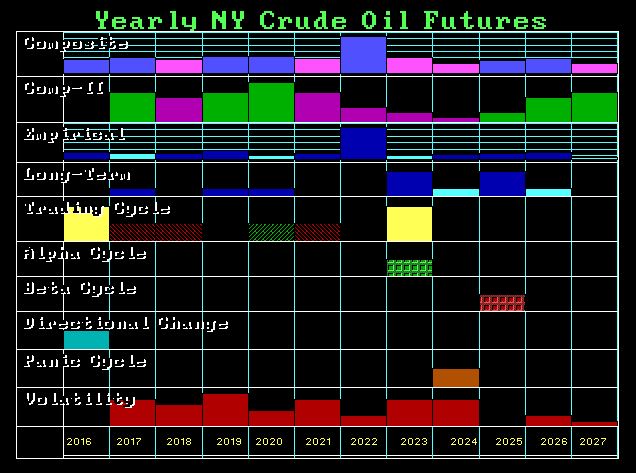 When we start to look at what the computer is projecting in time, indeed, 2016 is a Directional Change. It appears choppy until about 2018. From there out into 2022 to 2023/2024, which will be the next top in the Economic Confidence Model, we see a sharp rise in volatility. This is lining up with two primary factors – WAR and a MONETARY CRISIS.

So for now, we should focus on the $24-$25 area as the next psychological support zone. Our two key areas of target support for 2016 are $25 and $16. Looking forward, we employed our WHAT IF models to try to forecast where the Yearly Bullish Reversal (buy signal) will be generated from a low at either position in 2016. Interestingly enough, in both scenarios, we end up with $40-$41.50. This will clearly become the major resistance moving forward. It does not appear that crude will ever make new intraday highs. It must fight against a dollar rally which appears to be on the horizon and a shift to electric cars.