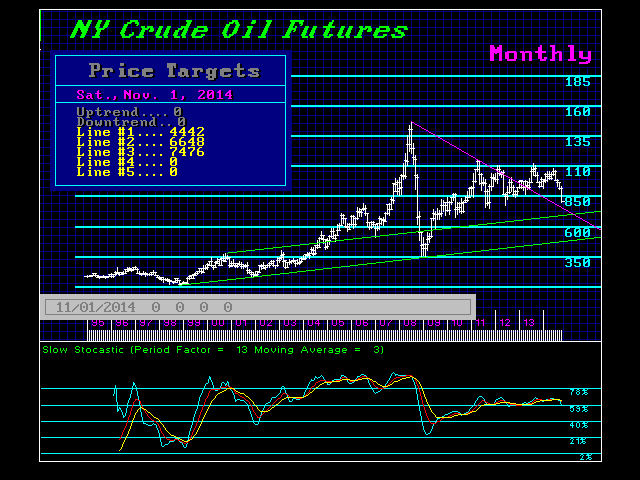 Crude oil has fallen to the $80 area and a monthly closing below $78 will signal a sharp drop into the $60 zone is likely. The long-term support actually begins at $57 and the major support which held previously is still there at the $32-31 zone. While we have the intraday high in 2008, the actual highest yearly closing was 2011 with the intraday high in gold. Here too we do not see any reversal in trend to the upside before 2016.

Once again, everything is coordinating around the world with the ECM turning in 2015.75. This coordination is EXTREMELY serious for it is warning that what lies ahead is going to be really volatile. The quiet markets for the first half of 2014 that we warned would see a restoration of volatility post September with the 2014 ECM turning point is on target. The quiet trend was the calm before the storm. A simple closing BELOW $82 for 2014 at year-end will also confirm that crude will still be under pressure going into 2015.75.

« Gold – Still on Track
Judges are Free to Take Your Liberty For Anything – Didn’t Cut your Lawn – Jail Time! »