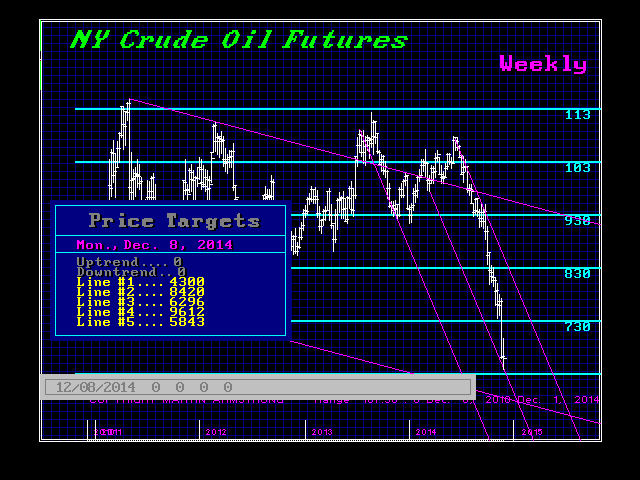 Crude oil has collapsed under $65 to a new five-year low on predictions that oversupply would keep building until 2015. Indeed, We are preparing a special report on Energy. Some people have assumed this is a covert manipulation to bankrupt Russia. This is not true. We are in the last throes of the collapse in Socialism. Everything everyone has counted on is being torn down leaving sheer chaos behind. The collapse in energy will severely impact the Middle East. Oil producing countries have counted of high revenue and expanded their budgets. The collapse in oil forces them to pump more to make up the shortfall in budgets. Hence, S&P downgraded Saudi Arabia. The feeling in Qatar generally one finds also that perhaps the decline economically has begun. 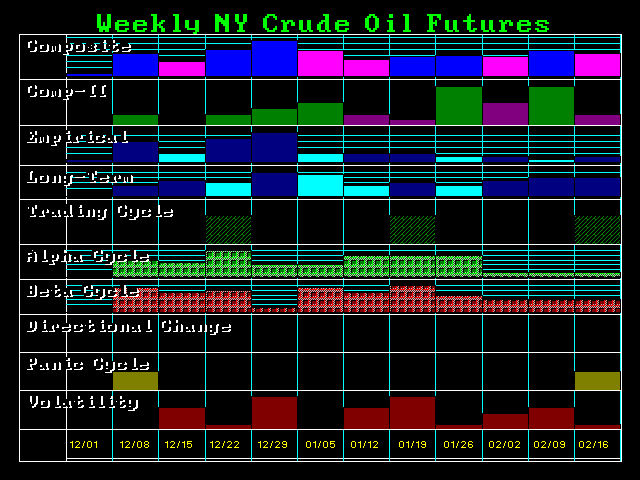 The panic cycle was due this week. I have warned that a year-end closing below $75 will signal a serious trend change is potentially on the horizon. However, the critical support lies at $57. A year-end closing below this will signal a massive collapse a deflationary cycle will impact the oil producing regions. This will spark the old Texas-NY Arbitrage. When NY booms, Texas does into Depression. When Texas booms, the tables are reversed.