Crowd Walks out on Obama 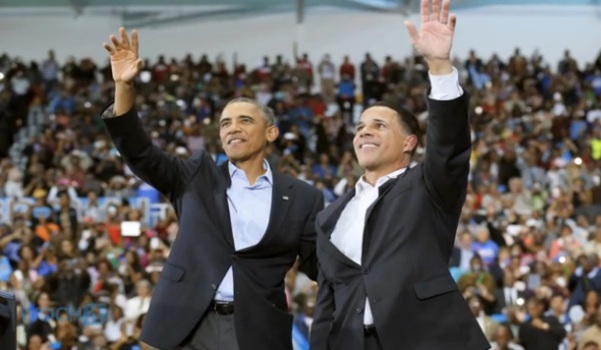 Obama is going down as perhaps the worst President in history. One would think he would be concerned about his personal reputation. Nobody wants him campaigning for them – they call Bill Clinton before Obama. In a rare appearance on the campaign trail on Sunday with a rally to support the Democratic candidate for governor in Maryland, the crowd began to break up and many just walked out while he spoke. Obama’s unpopularity is just amazing. His approval ratings are hovering around record lows and when the economy turns down after 2015.75, there will be a year left for him to play more golf and not much else.

Most candidates from his party have been dodging him. The Democrats are likely to lose the Senate and they feel that he is the leading cause. Just wait for the worst of the Obamacare to hit when people are taxed on benefits and the IRS starts seizing people’s houses and property just for fun. Of course he delayed that part until 2016 when he get to go out-of-town.