Corrupt Politicians – The Mansion of a Tyrant 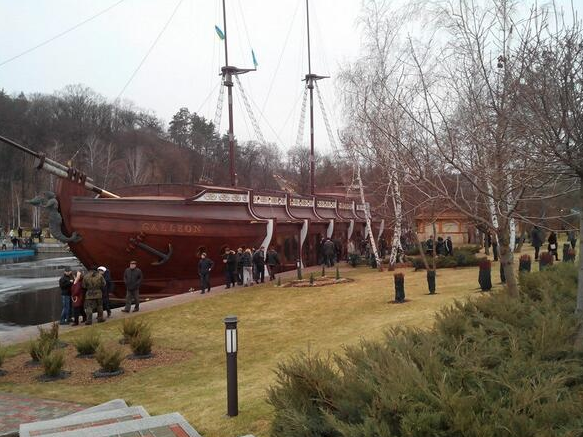 Viktor Yanukovych is the example of the worst of the worst in politicians. His mansion he built with stolen money from the state is breathtaking right down to buying exotic animals for a personal zoo to ships he had constructed to sail on a lake. Poland has now come forward and stated it will hand over to Ukraine massive accounts he had hidden there as well. It is hard to see how Russia can even claim that this man was illegally removed and is the rightful ruler of Ukraine. This is an insane self-interest that only makes Russia appear corrupt.

Russia should enter negotiations for a stable relationship with Ukraine and Ukraine should be prepared to hand back to Russia the eastern part of the country that was their’s up until 1954. Do this, and Ukraine may survive! Fail to grasp the seriousness of the situation and disaster will befall Ukraine and all of Europe in its wake.

The deeper question is what drives these sorts of people to just grab everything they can? Why does politics seem to draw to itself the worst of the worst? This is why there MUST be checks and balances and there simply cannot be any career politicians.

« US Military Spending Bottoming with the Cycle of War low – Amazing
Taxing the Rich – Wait A Minute – Its You? »