Conspiracy Theories – Way Too Much Credit.

The popular nonsense is that the confiscation of assets in Cyprus was to force people to invest. Smart money has been moving from PUBLIC to PRIVATE. But if you really think these people think more than one step at a time, you are crediting them way too much. Yes, capital should not park in bank accounts. Head into the private sector. But the consequence of that is also the rise in interest rates. Banks have been making a fortune giving you 0.5% for 3 years and charging you 4%. They did not think this through. 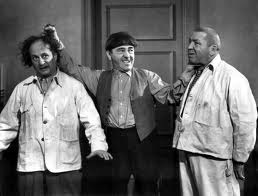 Yes, pulling assets out of banks will aid the stock market and real estate. I have been warning this is a shift from PUBLIC to PRIVATE. But it will hurt the banks and cut into their profits. Then they will freak out about that, see a bubble, raise interest rates, and blow their own debt up. There is no well thought out plan. It is FAR WORSE. The three stooges are in charge!

As far a metals, yes we still have to retest support. But then they should rise into 2017. Stay with coins rather than bullion. Silver coin will be better than bars. It is the storage that is not safe. You can trade them fine. But that is trading. The key to surviving this mess is tangible assets OUTSIDE the banking system. But make no mistake about it. They did not plan this shit. They only care about the immediate crisis with no longer-view. If there was, they would NEVER have borrowed with no end-game solution.

I met with the Australian Government trying to negotiate buying land to move Hong Kong in the mid ’90s. No matter what I was willing to pay, the answer was always no. When I pressed the Labour Government why, I was told they were NOT “Labour” people. I asked if this was racism? I did not understand. The response was no, they were fleeing communism and they believed that allowing them to enter would change politics for they would vote Conservative. It is ALWAYS immediate self-interest. There is no grand conspiracy. These people are NOT that smart and could care less beyond their immediate term. Sorry, This is the reality behind the curtain.