It does not matter what we talk about be it markets or climate. If the data you are putting in garbage, you get garbage out. When it came to economic, I began a quest to gather data from ancient times to see even how the rise and fall of empires have developed. Those who created models on markets watched them fail time and time again because the data series was at best back to 1971. 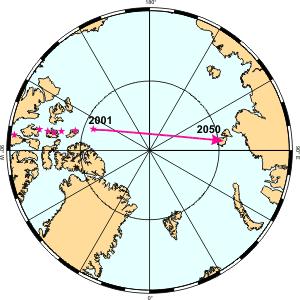 The computer models design for the global warming are seriously flawed. They (1) fail to take into consideration the fluctuation of the energy output of the sun fluctuate significantly as illustrated above, (2) the polar ice caps expand and contract with the seasons, (3) the magnetic poles shift as well while on the sun they reverse every 11 years (which i went into detail in the Mayan Report), and (4) the polar ice caps actually MOVE! They will move away from Canada and into Russia at the current pace. When the poles flip, that is the chaotic move abruptly. 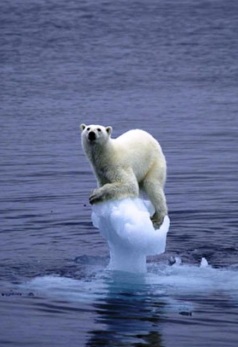 The pictures of polar bears on ice are very nice and compelling. But this has NOTHING to do with man. These trends were in motion LONG before automobiles were invented. Honestly, this is political propaganda. In order for mankind to have created this trend, then there should NEVER have existed any previous cycle whatsoever. This is just witch-doctor science.

In the Mayan report, I explained the theory behind the ice age again was the discovery of frozen woolly mammoths. Suddenly, those discoveries shocked science even Issac Newton was moved in his theory confronted with the realization that the system was not linear but chaotic with sudden changes.

Here we have these climatologists arguing there is global warming that then creates massive funding to support this crazy unsupported theory. This is like economists who argue for socialism and intervention so they create employment for themselves. If they said it was just the business cycle, then who needs them?  Just follow the money. Both groups argue for whatever they need to create their own jobs – global warming and socialism.

The UN computer predictions have been completely laughable and are now the subject of wide-scale ridicule: They have never gotten anything right for 18 years running now. The model design is a total and complete joke. They measure one spot only and ignore the fact that the poles even move. Consequently, this global warming is propaganda. Around the world, when you actually measure total ice formation, there is now about 1 million sq km of more sea ice than there was 35 years ago! This establishes they are monitor one segment and if the poles move they claim its warming because the ice melted in that spot.
Using fixed weather stations when everything moves is plain stupid and a fraud.

This is the very same problem with economics. Faulty assumptions lead to erroneous conclusions. You cannot build static models assuming anything within a dynamic world.