Computer Hard Drives – All We can do is Destroy Them!

It now appears that the hard drive companies had better get off their ass and publicly state they work with the NSA or bring suit for interception of their products that threatens their business and identify the carriers who are involved with the NSA. The NSA’s Office of Tailored Access Operations (TAO) has been already exposed as operating a covert interception scheme of deliveries of new computer equipment. Der Spiegel in December 2013, citing a top secret document revealing this practice.

PC World has now weighed in. They have bluntly stated that destroying your hard drive is the only way to stop this super-advanced malware. We need a new manufacturer outside the USA to provide certified SSD drives for we cannot trust the main manufacturers until they stand up to be counted. The NSA is wiping out the technology industry in leaps and bounds. Yes – thank you Snowden. There are far too few people willing to stand up for what is right selling all of us down the river. Nobody thinks for a millisecond what kind of world they are leaving their child. In 20 years from, you will have to give a DNA sample to get on a plane and passports will be issued domestically restricting movement until you have paid your taxes if we will still earn money or are we just slaves entirely by then. 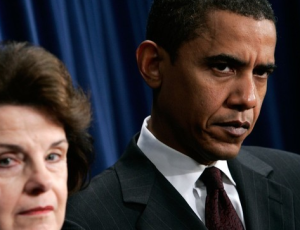 Every politician who has defended the NSA and called Snowden a traitor is a traitor to everything the United States ever stood for. This is about national security and that is the economy first. You do not destroy the economy hunting your own citizens for loose change and then undermine the very technology that the world trusted. This is outrageous and any politician who does not get it should be removed from office if not imprisoned as a traitor. California – please split up into 7 states and give the worst of the lot your favorite crook. You have done the nation a great disservice sending this ruthless woman to Washington.