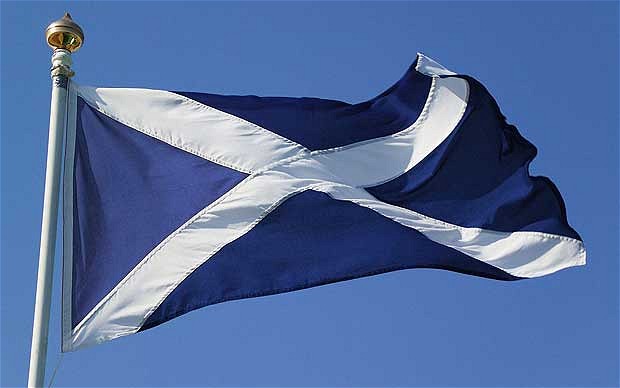 I am wondering if today we get a great shock in my homeland.

Throughout the last couple months of this campaign, the UK government has conducted a fear and smear campaign to sway the democratic process. Media such as the The Telegraph and Bbc have been guilty of clear bias. I was reminded of your comment to ‘follow the money’ as the Bbc would stand to lose hundreds of millions in the event of a breakaway Scotland.

In that regard, I even question the polls that we see. Created with 1,000 voter samples and conducted largely on landline telephone they do not give a great sample. These polls have set the bookmaker patterns and also swayed the financial markets. Today could be a momentous shock for the world.

The No vote is made of older voters and those who are afraid of change. It is the youth and the passionate who make up the Yes vote and this is why it will not go away. Citizens will watch our politicians now and hold them to account!

REPLY: The polls are most certainly skewed. There is always behind-the-scene-machinations for that. It is curious how the banks threaten to leave with a YES vote, yet the overwhelming emails I get from Scotland all say YES because they are angry about paying taxes to bail out the banks in London.

Let’s see if we even get a real fair election. The problem is a YES vote undermines Europe. With Moody’s looking at downgrading France, it is amazing how the German people have not woken up yet. All of this is so Germany can sell goods in Europe. But the German taxpayer is being asked to bail out all of Europe. In reality, this is the reparation payments for World War I and II – they just call it the Euro and then Germany has handed much of its sovereignty to Brussels. Exactly what has the German people gotten out of this deal. Europe is only Germany now – France is really destitute.

« Gold Report
Scotland Really Up in the Air »