QUESTION: If war in the Middle East prostpones the Sovereign Debt Crisis into 2020, will the eonomic decline after the peak of the ECM in 2015 be milder decline in stocks and other private assets? 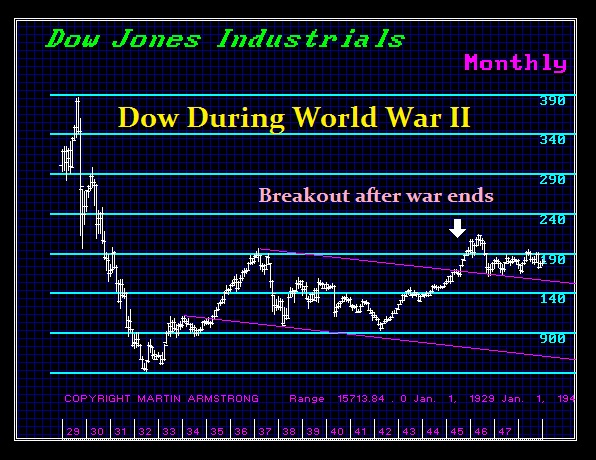 ANSWER: The postponement can be largely a suspension as was the case during World War II. However, these types of wars are also generally 3 to 5 years maximum. So we are still looking at 2017 as a key target. With each turn there will be greater volatility. So what we see 2015.75 to 2020.04 should be a greater period of volatility that what we saw 2007.15 to 2011.45. 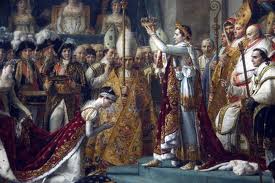 Obama has a list of reasons why he needs a war. He has paid off the Arab League. He has Kerry  calling this the worse crime in history forgetting Hitler and Stalin I suppose. We did not invade Russia to stop the mass murders by Stalin. So who gave Obama the right to violate international law? Like Napoleon, he is crowning himself. What about the innocent collateral damage – the civilians who always die in these attacks? Is that not a war crime?

Obama is determined to go to war. But the War Cycle is turning up. That means there is a high risk of this escalating into World War III. Russia could easily enter the war and demonstrate its power. Its advisers in Syria would love the opportunity to test Russian weapons against American ships for live practice. When events like this take place during a down-cycle,  they do not spread. However, when the cycle turns up, these things get out of hand. So the volatility is likely to increase but Obama may then order the Fed to keep the stimulus going and there will be no tapering. Watch for that in September. Create a war and the Fed must comply.