Cold War 2 – Setting Up for the Fall – Putin Staring into the Eyes of a Dead Corpse? 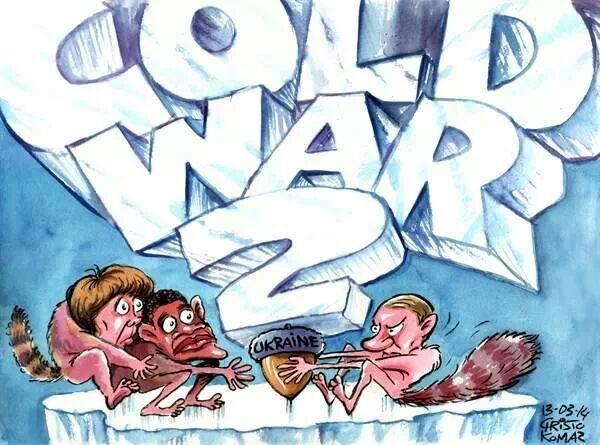 The Cold War Part 2 with Russia, as always, demonstrates why we should banish lawyers from politics because they are incapable of understanding international capital flows that diminish their power. In studying law, I can tell you it is very black and white. You write a law to prevent a specific thing without any comprehension that it may have a ripple effect throughout the economy. Everything is connected and that goes to law as well. This is what they are INCAPABLE of observing for the very existence of international capital flows implies there lies something on the horizon that they cannot control

Cole War 2 is having a major ripple effect throughout the global economy that is setting it up for the next great crash after 2015.75. The Russians have been buying up real estate in Europe as well as the USA moving off the grid especially after Cyprus. They came to learn – you cannot trust banks controlled by politicians. They have been buying high-end property in NYC, California, and Florida in the United States. Guess What? This trend is suddenly coming to a screeching halt! Why? Cold War 2.

Our greatest problem has been politicians that may be lawyers but have no clue about how the economy functions. The sanctions on Russia will gut Europe where it really hurts the most – not energy – but investment. Putin is staring directly into the eyes of an economy committing suicide. In Europe, the Russian investments into real estate have been between 25% and 33% of that rising trend. This now sends serious signals to the Russians that the WORST investment during war is real estate because it is not movable. The entire Spanish housing boom was created to sell real estate to the Russians in order to support the collapse in real estate prices as their banks were unable to lend money for mortgages. Buying property in Spain got you residency – and that was a prize possession to both Russian and Chinese.

As governments changed the law limiting all cash transactions because they are in search of TAXES, these morons never grasp the trend is global – not exclusively domestic. They only see taxes and are driving off international capital. This has shifted the markets in Europe to show softness once again and the property market is now beginning to turn down.

Now the Russians are leaving London as well in mass thanks to the Cold War 2. Our politicians are clueless about capital flows and fail to understand that they have set in motion the seed for the worst downturn since the Great Depression 2015.75-2020.