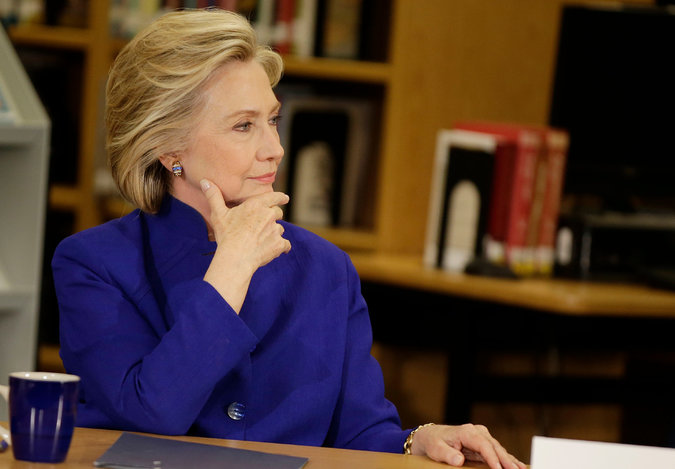 Hillary will not release transcripts of her speeches at Goldman Sachs for which she was paid $675,000. The New York Times has reported that she has racked up $30 million in speaking fees in just 16 months. However, the total amount Clinton received in speaking fees since 2001 has reached $125 million. It seems to be a fair issue that she should release the transcripts of those speeches so you can see how she kisses the asses of the bankers behind closed doors and then pretends she will be independent as president.

This issue could be her undoing. It will not impact those who would vote for her just because she is a Clinton or a woman. If 5% turn against her, it will be the end of her campaign.

Behind the curtain she has had a reputation of being a greedy foul-mouth person who is very dictatorial. When it comes to money, she has always jumped through hoops. Remember her magical cattle trades in futures while she was in a meeting? That was just another money-laundering scheme. The lawyer and her had accounts at the same firm. The trades were allocated at the end of the day. The win placed in her account and the loss in the lawyer’s. It was out-right laundering a bribe.

« The Calais Refugee Camp Known as the Jungle
Elastic Money »