Civil Unrest is Rising Everywhere & Government Digs in its Heels 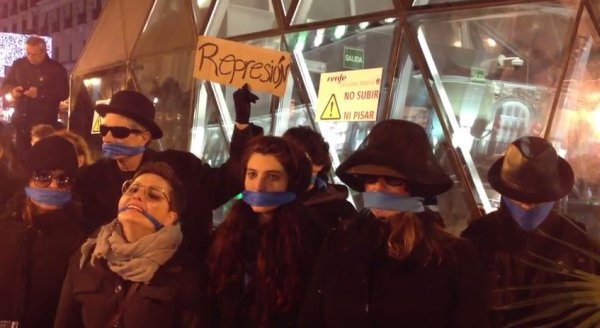 I have warned that governments always turn against the people. Illinois just made it a felony to film police abuse in the USA. The Spanish government has followed the same course. Despite protests from political, judicial and population, the politicians who are becoming ruthless elite dictators rather than democratic representatives of the people, passed a law which provides extensive fines for protesters who dare to film the abuse of police. They have the audacity to claim filming police  is an “offense against public safety” with fines of up to 600,000 euros. It is the police who protect government – not the people. So let’s get this straight. “public safety” has become a code word for “government safety” that no longer gives two shits about the people.

Switzerland enacted laws requiring registration of all guns in the country for the first time when. Why? There have not been any incidents of “public safety”. They too realize that the people are starting to wake up against the abuse of government everywhere. The people have caused this. As a whole, people watch sports, buy clothes, and go to dinner. Generally at best half even bother to vote. That has sent the signal to government elites the people do not care so corruption has run wild. But now with taxes rising, unemployment rising, pensions vanishing into thin air, and living standards declining, people want real change no words.

Even in the USA, the Republicans wrongly believe their ideas are what the people want. They too raise taxes. This funding bill allowing the banks to repeal Dodd Frank is an example of the corruption behind the scenes. They votes for Republicans because who is ever in power is being tossed out. Come 2016, it will be the Republican’s turn as we see a rise in third-party activity. This repeal of Dodd Frank is a John Andrew Boehner special that goes against the conservative T-Party Republicans.

Politicians will be politicians. What is left to say?