CIA & Torture – All Americans Are Now At Risk When Captured 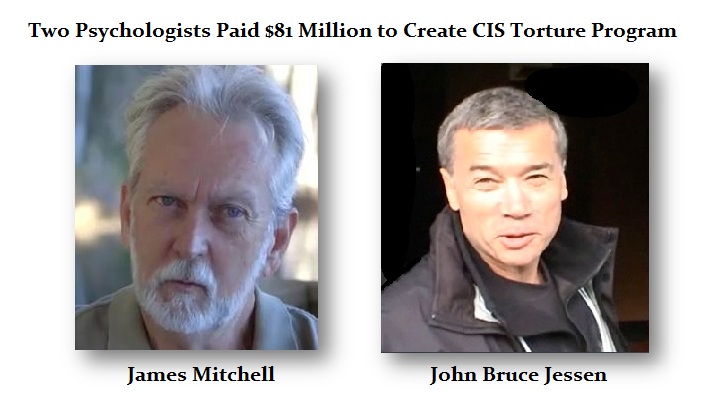 Lost in all the defense of uncivilized and unethical behavior that should be criminally punished in the CIA Torture scandal, is the simple fact that human beings with a conscious do not act that way. It was agreed among nations that torture would be outlawed and the bottom-line is rather clear – no American is now safe for when captured they will be tortured in retaliation. The people who authorized this should be criminally prosecuted and the two psychologists in Spokane, Washington should stand trial for violating international and US law.

James Mitchell and John Bruce Jessen, the two psychologists, provided the CIA a list of tactics that ranged from facial slaps to waterboarding, deployed them against some terror suspects, and assessed the effectiveness of the efforts, according to a U.S. Senate report released this week that identified the two contractors under pseudonym. From their office in Spokane, these two disgusting individuals once worked with an Air Force survival school. They launched an extraordinary covert business that, after the 2001 terror attacks, offered one-stop shopping for a CIA wanting to use torture interrogation tactics. The CIA even turned to the two men in June 2007 for help gain to support their torture program with then-Secretary of State Condoleezza Rice, according to the Senate report. In total, the CIA paid them $81 million before their contract was ended in 2009. At one point, in 2008, 85 percent of personnel in the CIA’s main unit for detention and interrogation were outside contractors, and most were employed through Mitchell and Jessen. They belong in prison for life – the ultimate torture.

In a 2003 memorandum, an Office of Medical Services official noted concerns about the contractor’s conflict of interest. The memorandum said that conflict was “nowhere more graphic than in a setting where the same individuals who applied an enhanced interrogation technique, which only they were approved to employ, then judged the effectiveness and detainee resilience, and implicitly proposed continued use of the technique.” All this was done at a compensation rate of $1,800 per day, which was four times more than the rate of interrogators not approved to use the technique, according to the memorandum. 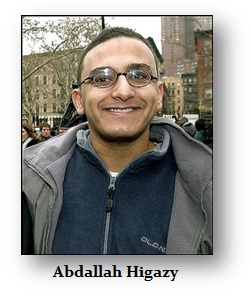 The USA routinely tortures people in prison. This is how the Feds get their 98%+ conviction rate. The government tortured Higazy and compelled him to confess to owning the radio they claimed guided the planes into WTC. Higazy was then charged with lying to the FBI and was thrown into solitary confinement where many have committed suicide. The government told Judge Rakoff that Higazy had confessed so once again there would be no need for a public trial. Then, the airline pilot whose radio was left behind in the hotel in a different room returned. Suddenly, it was revealed that radio was not found even in Higazy’s room. Judge Rakoff demanded an investigation into how the government managed to get a confession from an obvious innocent person. They refuse to investigate themselves.

Torture does not produce reliable results. Someone will say anything to end the process. They Feds typically threaten your family. That is stage one. It is far too often effective. I myself was confronted with that situation. I then wrote a letter to Dorthy Heyl  who was the SEC prosecutor at the time. The previous defendant the SEC used the same tactics removing all lawyers hung himself when he could not take it any more. I wrote to Heyl (who was not responsible for Fisher’s death) that if the government continued to threaten my family I would commit suicide to protect them, but I promised not to go so quietly. She told the others to stop.

The mainstream media never reports the number of suicides in prison. This too is neatly covered up. It is so pervasive it is inhuman. They threw Bradley Manning into solitary confinement prior to trial. This is all Psychological Warfare that rises to the level of mental torture that is excessive and inhuman treatment. Unfortunately, it is standard torture practices used in the Justice Department to ensure they get their 98%+ plea rate so they never have to go to trial. In my own case, they came out and told me to my face they did not want to go to trial. They offered two deals. I refused, so off to solitary confinement you go. They will do whatever it takes to break people. Solitary is no joke. The United States cannot win a criminal case anymore without torture. The low rate of those who go to trial is stunning. It is the Prisoner Dilemma in action.

ISIS has already announced retaliation. The arrogant position of the CIA must be dealt with. Criminal Charges must be filed and people must be placed on trial if the USA hopes to protect its own people.

« Banks Win Big Time – Another Bailout is in the Wind.
Cheney Covers-Up His Role in the Torture Scandal – Blames Bush Very Clever »