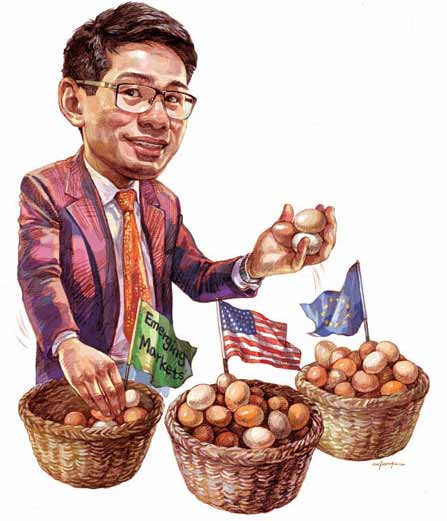 Europe and the United States cannot compete for the future because their governments are like black holes sucking in the wealth of their own people and squandering it on unproductive forces. When we look at the former communistic empires of China and Russia, we see countries building from clean slates rather than imploding trying to fund promises that cannot be kept. When I was working in the 1990s to try to privatize Social Security and transform that into a sovereign wealth fund that would have secured the future of pensions while expanding the economy, I ended up just walking away because the politics was so corrupt that nobody would say yes unless they got something out of the deal right down to their cousin managing the money.

They criticize China for being corrupt as they do with Russia. But the corruption is not at the strategic level where it is altering the long-term course of the nation. Back in the 1960s, my father took a part-time job as a judge. He soon quit because the politicians were insisting that all fines be imposed at the maximum to bring in revenue. This level of corruption at the state and local level is accumulative in the long-run and we are seeing that in the collapse of their budgets. Ye that does not alter the course of the economic trend at the federal level.

China’s sovereign wealth fund is at $575 billion so far. Japan’s Postal Savings Fund was the private deposits of citizens and when I was called in by them in 1989, their portfolio was at $1.2 trillion – the largest in the world back then. That fund was directed by the government to try to support the Japanese economy and by 1997, the funds were effectively lost and the government had to cover redemptions. At this stage, China’s Sovereign Wealth Fund is massive and a strategic investor globally. Eventually that will change. However, no for a few cycles yet.