China’s Hard Landing Is the Envy in the West 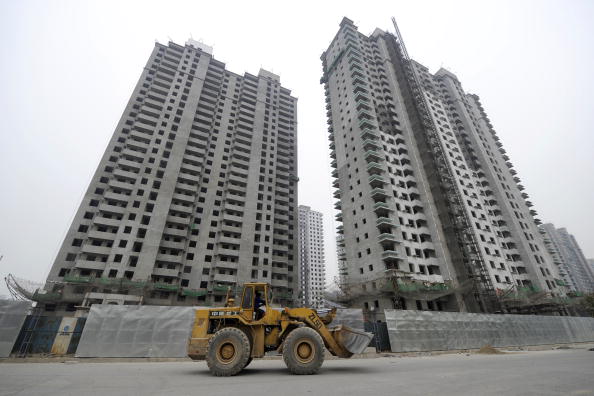 There is growing evidence that  the Chinese property market will crack after 2015.75 when public confidence drops sharply worldwide. The first signs of deterioration are evident today. China has been the envy of developed nations with real GDP growth averaging almost 10% for the last quarter century, only dipping below 5% briefly with the Japanese crisis in 1989-90. Developed countries would rejoice with what the Chinese classify as a “hard landing”.

While the market appeared to shrug off China’s first corporate default by Shanghai Chaori Solar, defaults among Chinese property development and trust companies could reverberate throughout the economy. Given capital controls, the Chinese have limited investment opportunities thus citizens have invested savings in real estate and high yielding trust products.  Generally, real estate accounts for about 33% of fixed investment and 16% of GDP growth. Trust companies have provided financing to companies unable to obtain loans from the banks: real estate development and coal miners.

As in any market, prices are dependent upon investor confidence. Nothing will cause the housing market to crash faster than investor losses that fuel the human reaction of a decline in confidence. Sales dropped 5.2% yoy during the first quarter according to the National Bureau of Statistics. Residential housing sales dropped 18.4% month on month in April, down 18.1% yoy according to Homeline, one of China’s largest real estate agencies.

There is a widespread pessimism starting to surface in China about the housing industry because of weak sales. The Guang Real Estate Group, based in Shenzhen City, Guangdong Province, has admitted that the company failed to deliver some projects to homebuyers on time due to financial pressures.

Trust product maturities accelerate this year.  Over the past years, trust assets have risen 50% annually, to an estimated $6 trillion. Chinese trust companies have supplied credit outside of the banking system largely to coal miners and solar developers. Many coal miners have debt ratios exceeding 100%, and weak coal prices have hurt profitability. A couple of miners have already experienced financial difficulties meeting maturities. China Cinda Asset Management, an SOE established to buy back bad loans from big banks, warns trust defaults could “explode.” The mainland’s bad debt is on the rise. China Cinda Asset Management is warning that a default peak season for its gigantic trust products sector is approaching after years of rapid yet questionable growth.

Tightening credit costs are raising debt costs for companies. SOEs formerly able to obtain financing at a discount are now a premium to the PBOC rate. Small rate rises could have significant impact given high leverage and short duration of Chinese companies. The Chinese renminbi has depreciated almost 3% since the first of the year.

At the same time corruption allegations of executives have risen, some related to the bad loans. With every downturn, the borderline deals go bad and this creates the image of fraud even when it is not, which in turn fuels the crisis even more causing capital to decline.

« Global Market Watch for May 14th, 2014
Real Conspiracy – the Manipulation of Politics to Save the Euro »