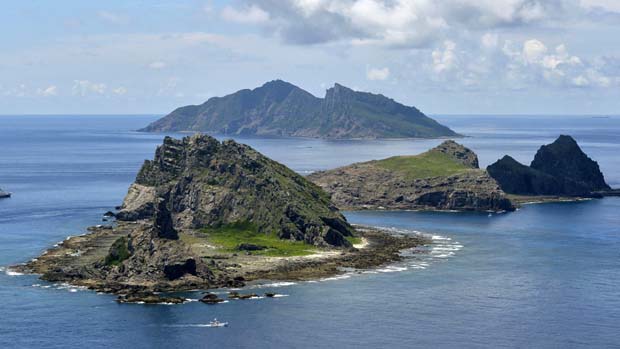 There is a major dispute over some tiny uninhabited islands in the South China Sea. One may think this is nothing. They are just tiny islands not worth going to war over. WRONG! The islands are just the excuse. The issue is the festering hatred of Japan throughout Asia for World War II that simply will not go away. Japan calls the islands “Senkaku” and China calls “Diaoyu”.

We have a very interesting crisis brewing and quite frankly if I was China, I would begin selling US debt pronto and watch Obama & Hillary start bleeding from their eyes. Wake up to the new reality. About 40% of the US National Debt is held by China. The USA has lost any credibility for it depends on China to sell its debt to even fund its military. If China succeeds as it is doing in turning its economy internally rather than depending on exports to the USA, then they will need the US less and less and the USA is screwed! As that happens, China will reduce its dependency on sales to the USA, and reduce its holdings of US Debt. Hillary better learn to shut up on this one. It would be so easy to undermine the entire Western economy in the blink of an eye. Economically, the West is so vulnerable, the press is clueless and the reality will shock even government.

Hillary & Obama are plain stupid. They think because they have a bunch of missiles they can dictate to the world and interfere in regional disputes that the USA created. Japan does not stand a chance. They are in conflict with China, Korea, Taiwan,  and Russia. They are more vulnerable now than at any time SINCE World War II.

Tensions between the China and Japan flared up after the Japanese government bought the islands from their private Japanese owners this week. The uninhabited islands, claimed by both countries as well as Taiwan, have become a rallying point for nationalists on both sides. It is not the islands per se; it is about getting even for World War II. The Japanese are hated throughout Asia. On my travels there it was even hard to find a Japanese restaurant in South East Asia. China in response to Japan’s purchase on Friday was to send six surveillance ships into what Japan says are its territorial waters around the islands.

Japan controls the islands purely because the USA handed the place to the Japanese despite the fact that the Treaty said Japan would surrender all offshore islands. Yes it is true that the islands are surrounded by rich fishing grounds and are near key shipping lanes. But that is not really the issue. China was then communist so the US did not bother to clear anything with Japan or Taiwan and unilaterally just handed administrative control of the property to Japan. There was no negotiation so China doesn’t recognize those claims and from a legal perspective, they are correct. The China Central Television repeatedly played footage of a Chinese Marine Surveillance officer aboard one of the ships radioing the Japanese vessels to demand they leave. There have been riots against the Japanese in China and this is simply the excuse to unleash the hatred from WWII. So there is no “real” settlement for the islands are not really the economic issue – it is about getting even and that means there is no resolution. There will be only one person standing after this fight. 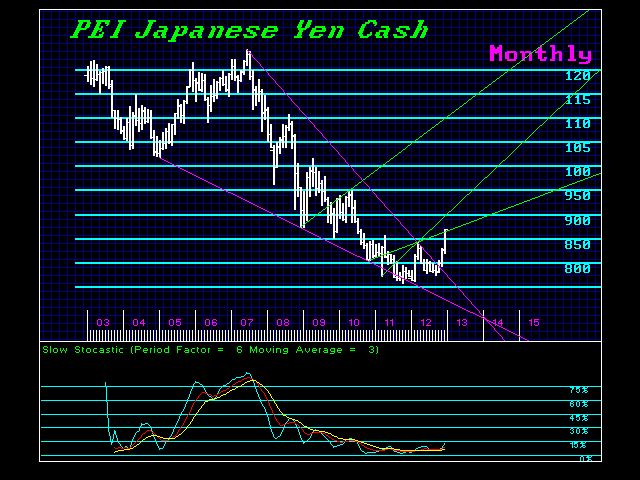 We will prepare a Special Report on the Japanese Markets. We warned at the Bangkok Conference Japan will turn in 2013. As we can see, December the dollar rallied and closed above the Breakout Line for year-end. This is going to be a very interesting development in Japan that will impact the entire world economy.

« Con-Job of Education
Can a Future President Undo Obamacare? »