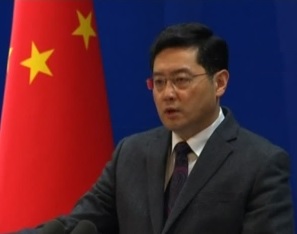 China has aligned itself with Russia as often an ally in the international arena. China has made it known that it stands ready to use the right of “veto” any decision of the UN Security Council on the situation in Ukraine directed against Russia. To a large extent, our sources have been highlighting the outrage the world has had about the NSA and its wholesale collecting of everything on a global basis right down to tapping into Merkel’s personal phone calls. The price of the NSA has been the reversal of everything administrations sought to accomplish since Richard Nixon in making the world more peaceful. The paranoia of the NSA is reminiscent of Stalin who could not sleep at night worrying about who might be thinking about his demise. The NSA has rekindled the threat of world war and its arrogance is strangely the same aspect that led to the fall of the Athenian Empire as one-by-one its allies turned against it because of its lack of respect for other countries.

Yet there is a soft under-belly to the Russian-China relationship. To solidify Chinese support, Russia is willing to hand back territory China maintains was taken from it by the Soviet Union. The National People’s Congress introduced a bill similar to the newly registered in the Russian State Duma. It provides for the possibility of handing back to China part of the territory if its population by a majority in a referendum vote in favor of such accession. Another bill introduced, which may take the Chinese – on the simplification of obtaining citizenship for the Chinese people in Russia. Within the Russian Far East the Chinese population is growing. And in China there have been calls to return the territory that once belonged to China, and is now under the jurisdiction of Russia. So we have the same argument as Russia uses in East Ukraine that they are Russians whereas the Chinese argue the majority of the people in the Far Eastern Russia are really Chinese. I suppose under this philosophy, Mexico is entitle to half of California and a third of Texas.

Relations between the two countries is not so easy as a walk in the park hand-in-hand. China wants something for its support and Russia will have to hand back some territory for China’s support on its retaking of territory on the European side.

Often when there is an intent to accomplish something, the exact opposite unfolds. The idea of the one-government in Europe that would end all wars is having the precise opposite effect of dividing Europe as separatist movements begin to rise. Likewise, the NSA impact has been to create a host of new enemies destabilizing the world rather than securing America from military threats. It was the NSA that more than anything else created this alliance now between China and Russia. China want territory for its support and Russia has no choice but to accommodate.