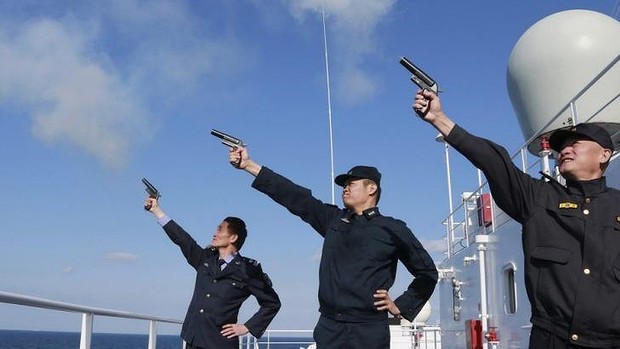 China has announced on Wednesday that it would conduct joint naval drills with Russia in the East China Sea off Shanghai in late May. I have stated bluntly, Obama’s Administration has been the worst we have seen certainly in my lifetime. He has torn apart the world and is more concerned about using US power to hunt down money for taxes than to building a future that is in the right direction. The US has ignored international law and violated territorial rights forcing institutions outside the USA to comply with US law or suffer confiscate of their assets domestically with the USA. This effort of the NSA has not been to find terrorists, but hidden assets that Obama can seize to pay for his socialistic agenda. He has torn down the world barriers and disrespected everything assuming the USA is the largest military power and that gives him the right to simply bully the rest of the world into submission.

I have warned that Obama’s policies would forge an alliance between China and Russia, who were traditional enemies. That is now unfolding right on schedule with our Cycle of War. China and Russia have been driven together because of Obama and the NSA have crossed that line and presumed supreme power and dominion over the world. Obama has transformed America into a police-state and is turning to hunt down its own citizens. The arrogance of the Obama Administration knows no bounds. Every source I have from around the world has expressed just this same attitude that Obama has crossed the line.

Preview the Conference At You Tube

The Video Stream is Available for Viewing

The Cycle of War is unfolding right on schedule.