China Copies NSA but by Legislation 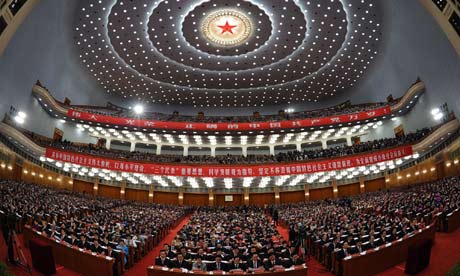 China will most likely pass a very far-reaching counter-terrorism act which adopts by legislation everything the NSA has been doing illegally behind the scenes and Congress along with Obama have endorsed. China will require technology firms to hand over encryption keys and install security “backdoors” just as the NSA has done secretly.

The cooperation in secret of American firms from Microsoft, Google, down to Apple will be their own self-destruction. The lack of any understanding of economics from those in US Congress has made the future really bad and is laying the ground work for the decline of the USA as the Financial Capitol of the World.

The National People’s Congress has proposed that all companies must also keep servers and user data within China, and supply their law enforcement authorities with communications records and censor terrorism-related internet content. What made the internet work has been the freedom it brought. That is governments are encroaching on and in the process, the exponential growth curve will begin to decline.

« What Happens if the FED Does not Raise Rates?
US Vows No Default over Debt Ceiling Debate »